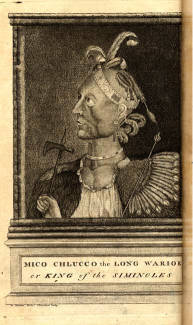 The online project Documenting the American South has also digitized accounts of eighteenth-century southern Indian life by John Lawson and William Bartram. During this time, disease, war, and pressure by white settlers quickly reduced or dispersed the South’s native population. When the University of North Carolina opened in 1795, there were probably only five Indians alive for every 100 at the time of the first European contact. Today, North Carolina is home to the largest American Indian population east of the Mississippi River. In 2005, the U.S. Census estimated the state’s Indian population at 113,100, 1.3 percent of the total.