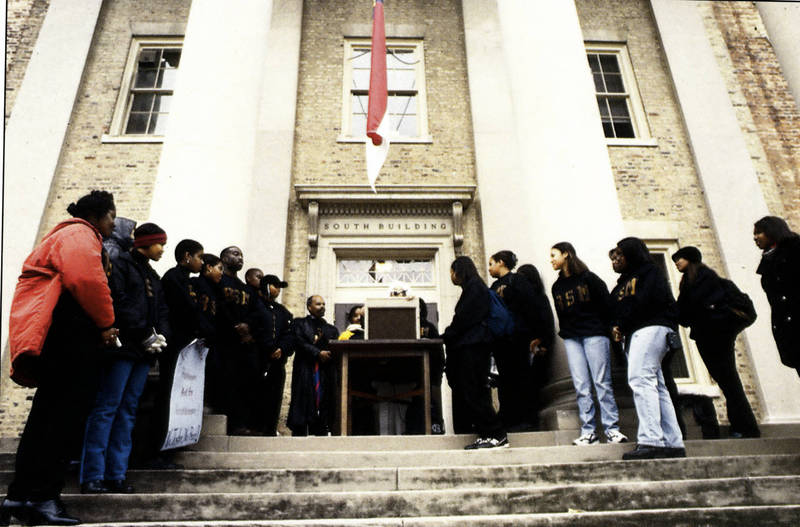 Just as the BSM had done 29 years earlier, on November 14, 1997, the Black Student Movement presented a list of 22 new demands to Chancellor Michael Hooker. The BSM asked for more aggressive recruitment of minority professors, African American representation on various boards, and support for the Sonja Haynes Stone Black Cultural Center. Many of the demands could not be met because of legal issues, but Chancellor Hooker met with leaders from the Black Student Movement. He proclaimed the month of November Black Student Movement Month. Other demands were met eventually by other groups—for instance, the demand that "the University recognize the slaves which built the University in the form of a statue or monument" was met in the form of Unsung Founders, Bond and Free, a monument donated by the Class of 2002 that honors the "people of color" who built and operated the University.

← Outside Support for a Black Culture Center
Physical Space on Campus →