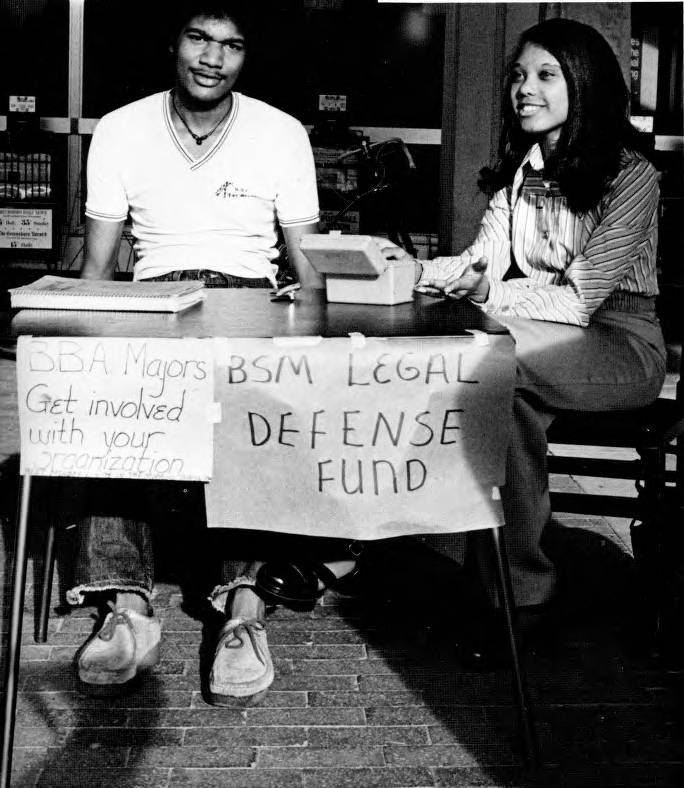 Robert Lane Arrington, a law student, and Lawrence Uzzell, a graduate student in the history department, filed suit against the BSM through the University, alleging that the organization allowed only African Americans to join and therefore shouldn't receive student funds. The court case also examined restrictions based exclusively on race for minority appointments to the Student Honor Court and Campus Governing Council. Arrington and Uzzell claimed that this clause violated the 14th Amendment and the Civil Rights Act of 1964. The District Court and later the United States Court of Appeals, Fourth Circuit, struck down the minority court and minority positions on the Campus Governing Council, but ruled that the BSM could still receive student funds, since there was no clause in its constitution prohibiting non-African Americans from joining.