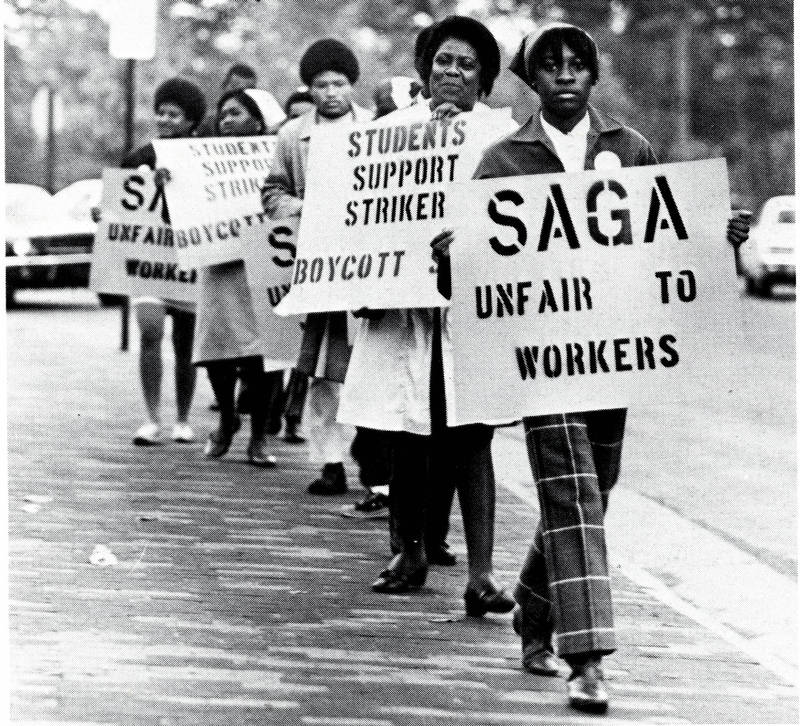 The food workers' strike in the spring of 1969 seemed successful at first, but in May the University outsourced campus cafeterias to SAGA. Working conditions remained virtually the same as before, prompting 250 of the 275 food workers to go on strike that fall. Four out of six dining halls on campus closed, and students held numerous protests supporting the workers. A few scuffles with police broke out, resulting in minor injuries to two police officers; several people were also arrested over the course of the strike. BSM chairman Jack L. McLain was charged with assault with a deadly weapon on a police officer. Reverend Ralph D. Abernathy, head of the Southern Christian Leadership Conference, made a surprise visit to campus to support the workers. Though technically the conflict was between SAGA and employees, the University took measures to speed up negotiations to end the strike.