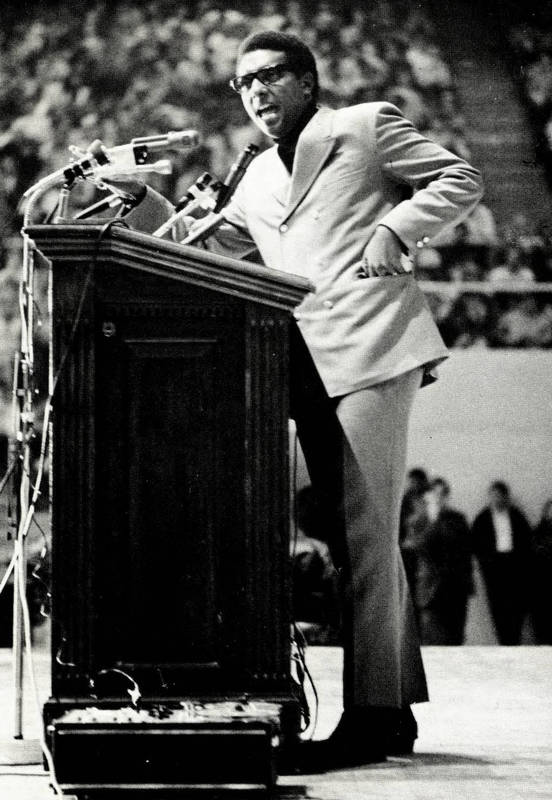 One of the BSM’s most controversial activities was to bring Stokely Carmichael to speak at the University's Carmichael Auditorium. Around 6,500 people came to see him speak. Carmichael had been active in the Student Nonviolent Coordinating Committee but stepped down in 1967 because of the harsh treatment of black nonviolent protesters. He then became the "Honorary Prime Minister" of the militant Black Panther Party and spread the ideas of "black power." The provocative move to bring Carmichael to UNC differentiated the BSM from the more moderate NAACP. Dozens of letters poured into the Chancellor's office expressing outrage at the BSM, portraying them as a threat to campus order and American ideals. Carmichael's invitation by the BSM adversely influenced the administration's and public's later opinions about the organization's subsequent activities.