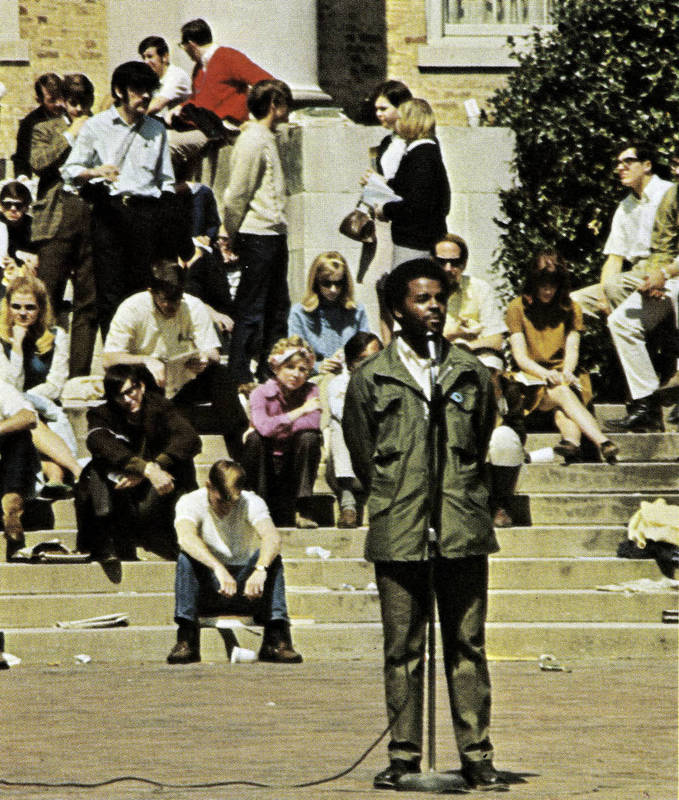 Preston Dobbins mobilized several hundred students, many of whom were BSM members, to come to Lenoir on February 23rd at 4 pm, and they banged trays on counters in protest. Cafeteria workers set up a "soul food cafeteria" in Manning Hall, where they cooked food and collected money from donations. The BSM raised money for the workers to support their strike, even shining shoes to help raise money. Although the strike was led by the workers, the BSM staged picket lines, slowed down the cafeteria lines, and passed out pamphlets every day to raise awareness among the students. On March 6, the BSM, along with the Southern Student Organizing Committee, overturned all the tables in Lenoir, and a few students were charged with disorderly conduct. Governor Robert W. Scott dispatched members of the North Carolina Highway Patrol to Lenoir Hall "with orders to reopen it." The strike ended on March 21, 1969, with the University eventually paying the workers $180,000 in back pay and raising food service workers' hourly wages from $1.60 to $1.80 per hour.