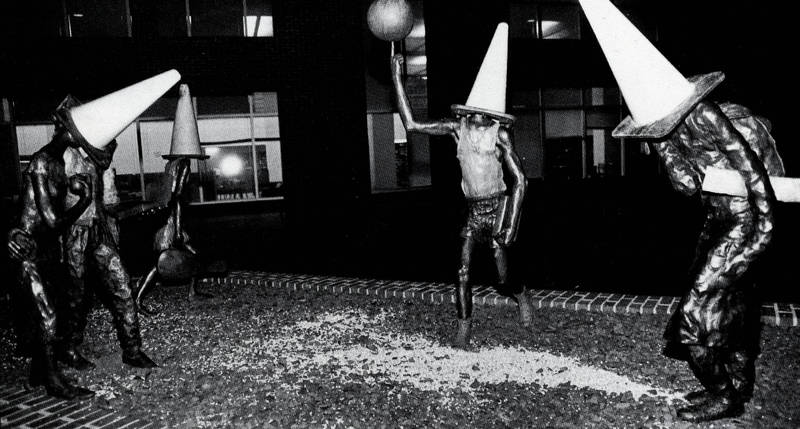 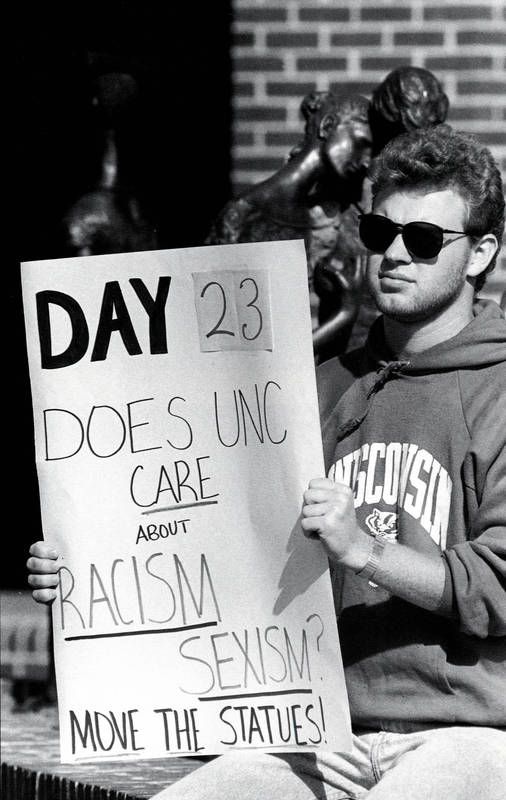 In October 1990, the sculpture The Student Body was unveiled in front of Davis Library. Many students immediately expressed dissatisfaction with what they perceived as stereotypes in the statue, coupled with its prominent location on campus. Strong opinions existed on both sides—students wrote hundreds of letters to the Daily Tar Heel, and letters from the community poured into the Chancellor's office. Five hundred students signed a petition to get the statue removed while others thought that the whole situation was blown out of proportion. The BSM condemned the sculpture, and to protest the statue, they held an all-day "study-in" on October 25. Thirty to forty students read and studied around The Student Body to counterbalance the African American woman with the book on her head, the African American man gazing at his basketball, and the white woman dreamily resting her head on a man's shoulder as he reads. However, when the statue was vandalized repeatedly, the BSM condemned the acts.