Billboard of the Good Health Plan 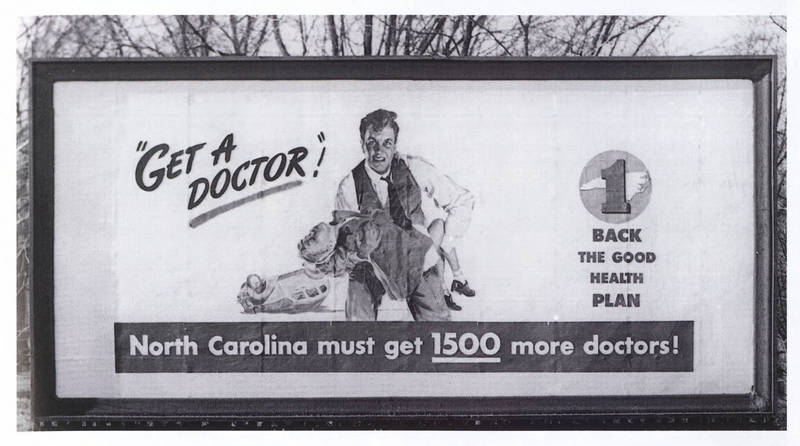 State leaders took steps to transform medical education during World War II. Alarmed by the number of draftees rejected for poor health, Governor J. Melville Broughton created a study commission in 1944. It recommended the expansion of the medical school at Chapel Hill to four years, construction of a new on-campus teaching hospital, and enlargement of medical facilities throughout the state. To build support for this proposal, state leaders organized the Good Health Plan in 1945. It gained funding in 1947, and the university graduated its first four-year class of medical students in 1954. Dental and nursing schools were also created and graduated their first classes that same year.