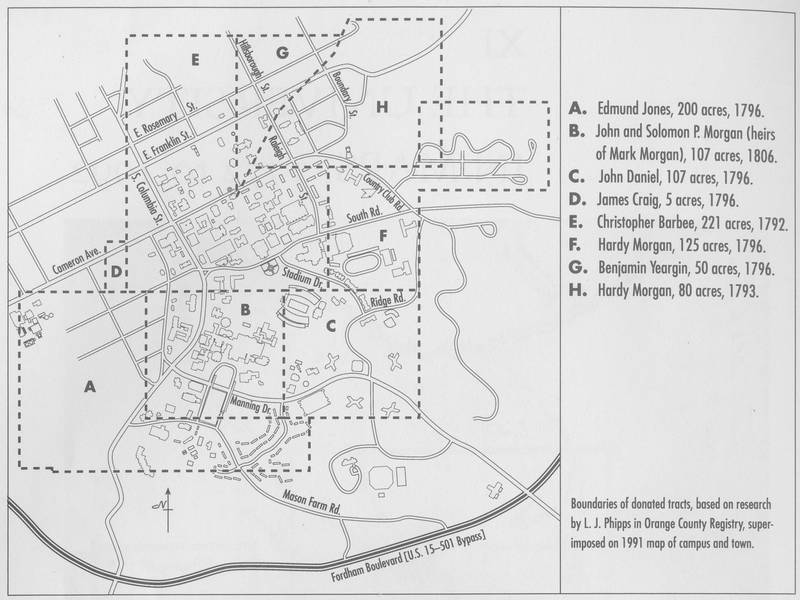 Individual benefactors played a crucial role in Carolina’s emergence as a leading university. Chartered by the General Assembly in 1789, the university received no tax funds for operating expenses until 1881. Its primary sources of income were tuition and escheats, estates of individuals who died without wills. To erect the first buildings and hire faculty, the trustees had to borrow money and solicit funds from citizens. The trustees also chose the university’s location because of private gifts. They assembled the site near New Hope Chapel in Orange County, totaling over one thousand acres, from land donations, with the largest tract from local farmer Christopher Barbee.