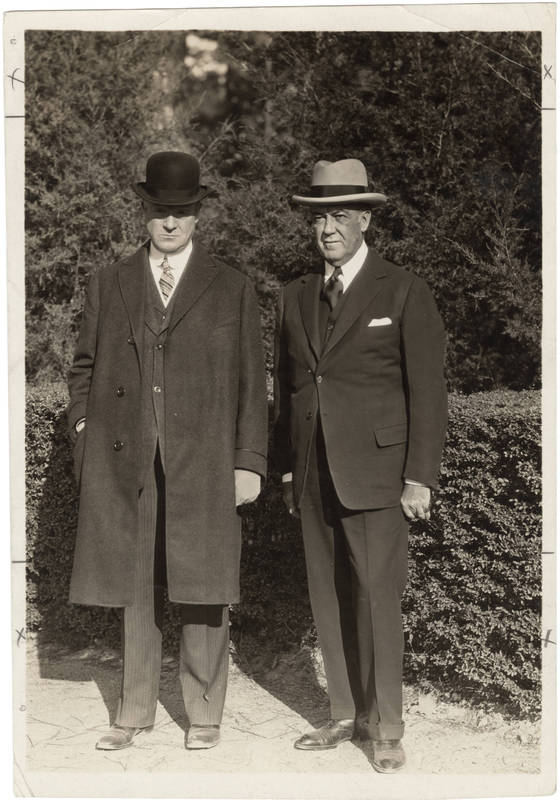 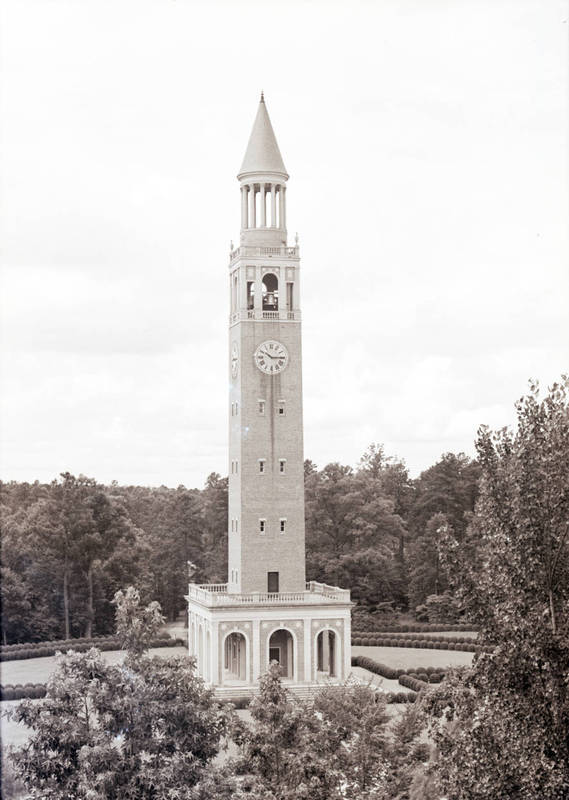 John Motley Morehead, class of 1891, first proposed a campus bell tower in the early 1920s, but it was not completed until 1931. Morehead’s cousin, Rufus Lenoir Patterson II, joined him in the project. On a site near Wilson Library, the bell tower rises 172 feet, surrounded by a hedge and lawn designed by William C. Coker, botany professor and creator of the campus Arboretum. Its belfry originally contained a carillon of twelve manually-operated bells but now has fourteen mechanized bells. Morehead’s fortune came mainly from his father, James Turner Morehead (1840-1908), a North Carolina businessman who made advances in the manufacture of acetylene gas and steel alloys. Morehead’s companies eventually became part of a 1917 merger that created the Union Carbide and Carbon Corporation. Patterson was a businessman and inventor who worked for the American Tobacco Company. He held important patents on the machinery he created to automate the manufacture of smoking tobacco and cigars.