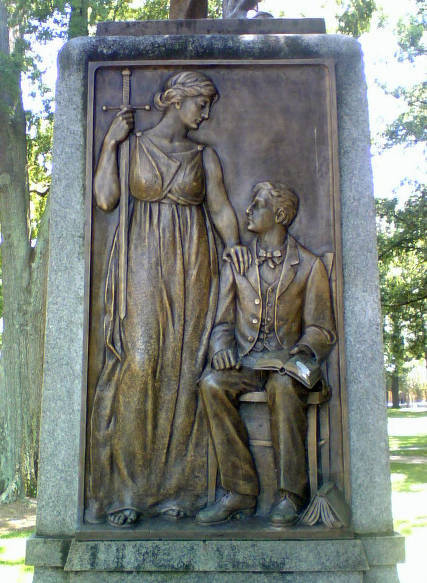 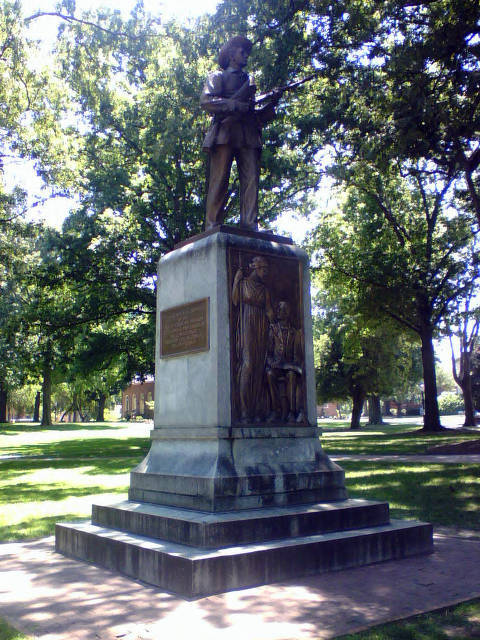 The North Carolina division of the United Daughters of the Confederacy and the University erected this monument in 1913 in honor of the UNC alumni who "answered the call of duty" as Confederate soldiers in the Civil War. The monument depicts a young soldier grasping his rifle firmly in both hands. The relief beneath the statue depicts a woman (representing the state of North Carolina) exhorting a student to drop his books and join the cause. The soldier lacks a cartridge box for ammunition, which led to the nickname "Silent Sam."

Created by sculptor John Wilson in Boston, Massachusetts, the monument was due to be installed in 1911, when the University awarded degrees to the students of 1861-1865, who left for the war. A lack of funds delayed the plans, however, until commencement exercises in 1913. This project came in the midst of a wave of Confederate monuments erected in public spaces across the South in the years after white supremacy campaigns disfranchised African American voters and installed legal segregation.

Students first began to protest the monument during the Civil Rights movement of the 1960s.

Learn more: A Guide to Resources about UNC's Confederate Monument.