The first graduating class of the four-year medical school, 1954 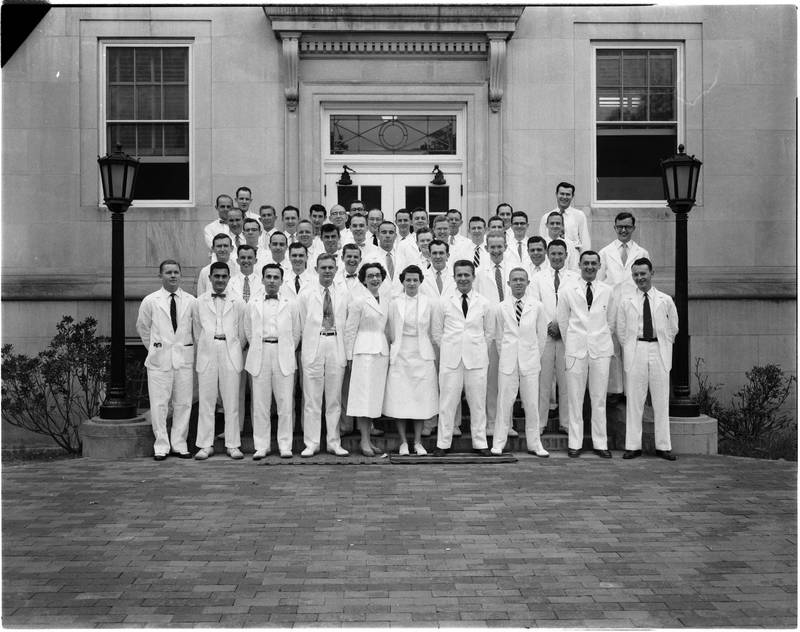 In 1954, the first class of students graduated from the four-year medical program. By 2002, the School of Medicine had trained 5,400 physicians, many of whom practiced in the state. In addition to the School of Medicine, The Good Health Plan also led to the creation of the dental and nursing schools. Under dean John C. Brauer, the School of Dentistry admitted its first students in 1950 and graduated its first class in 1954. That fall, dental students began free clinics for patients from across the state, a practice that continues today. Under dean Elizabeth Kemble, the nursing school became the first state-supported nursing school in North Carolina. It admitted its first students in 1951 and added a graduate program in 1961.