The YMCA Building, first opened in 1907, renovation completed in 2007 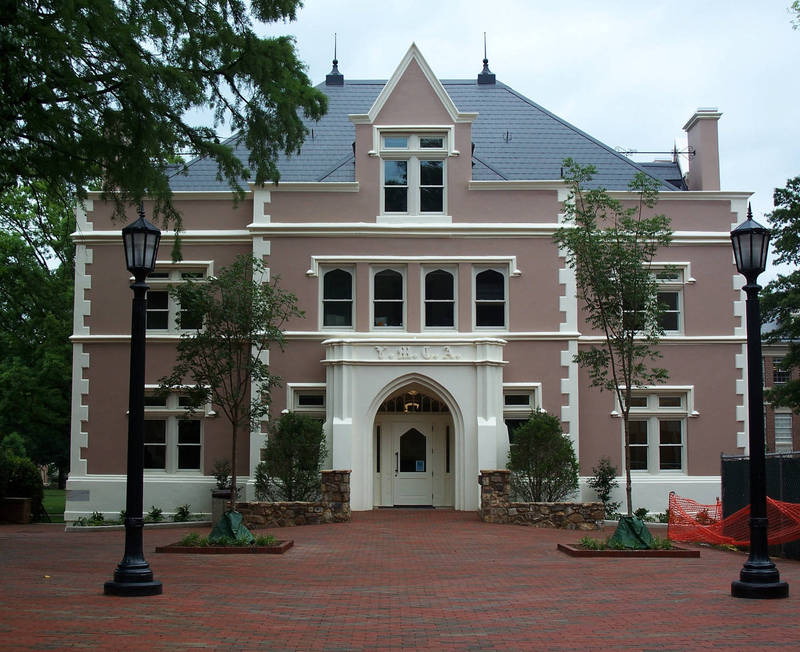 The Young Men's Christian Association (YMCA) first appeared on campus in 1859 and then again in 1876, after the university's reopening. At first, it met in South Building, where students conducted their own religious services and Bible study groups as well as sponsoring speakers on religious and secular topics. The YMCA moved to its own building in 1907. Frank Porter Graham was its student president in 1908 and later served as its director. The Young Women's Christian Association appeared in 1935 and then merged with the YMCA in 1963 to form what is now known as the Campus Y. At first focused on campus religious life, the YMCA took on more and more service projects and social reform. After World War II, the organization became a focal point for improving race relations, and sponsored outreach programs to the black community. Its student members took a leading role in supporting the 1969 food workers' strike.