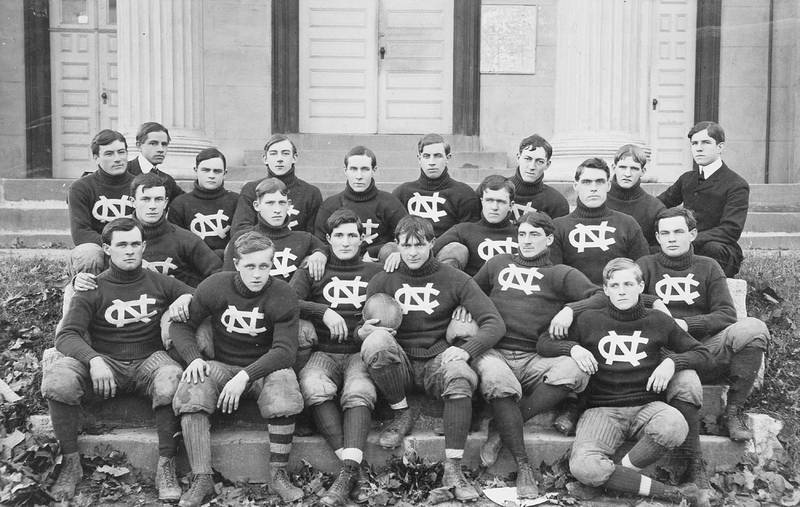 At the turn of the century, Carolina undergraduates made football their favorite sport. When the university played its first intercollegiate game against Wake Forest in 1888, there were no athletic conferences or universally accepted regulations. And because there were no eligibility rules, young pharmacy faculty member Vernon Howell was allowed to play on the 1898 team, for which he was the star player. During the early twentieth century, the central rivalry was with the University of Virginia, a contest that Carolina frequently lost between 1900 and 1914. Tension grew between alumni who were eager for victories and administrators who wanted to control athletics. By the 1920s, formal conferences appeared and established rules and regulations for all colleges to observe.