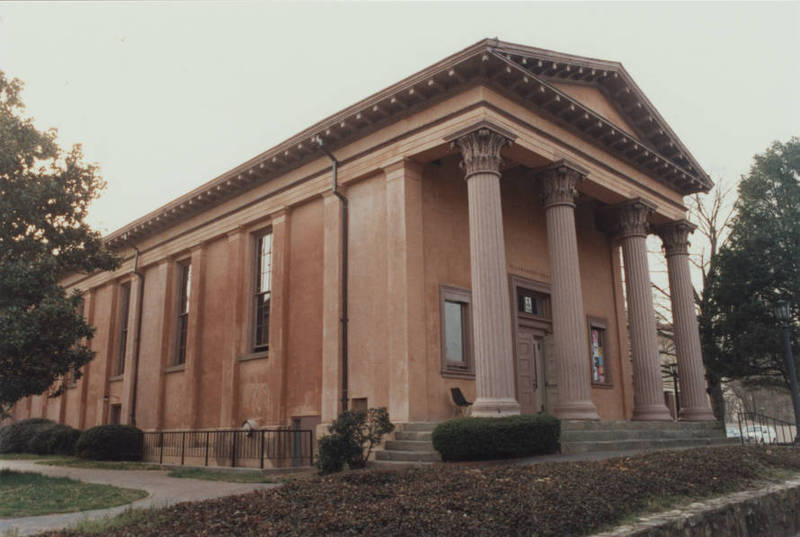 Davis’s campus masterpiece, Playmakers Theatre, is a National Historic Landmark and remains the most significant architectural work on campus. The university built it as a combination ballroom and library and named it for an early benefactor, Benjamin Smith. During the 1920s, the university remodeled it into a theater for the campus’s new drama group, the Playmakers. Davis placed a portico on the building’s eastern end as a welcoming gesture to visitors from the state capital. Its long sides and west end have pilasters, or attached columns, that emphasize its temple-like qualities. Davis had the building stuccoed and painted in gray to make the brick walls appear to be granite. One critic describes the Playmakers Theatre as a “classic” with “impeccable proportions and the perfect portico.”