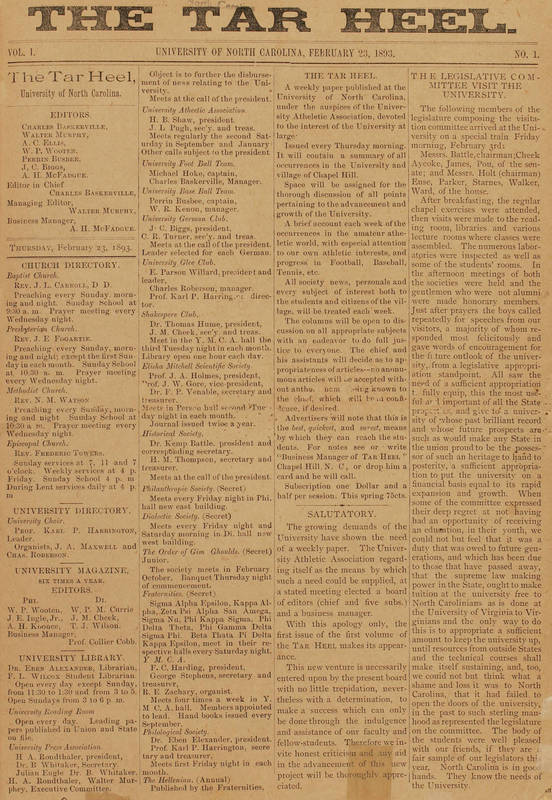 The editors of the student newspaper chose to call their publication the Tar Heel because of the nickname's close association with North Carolina history. The name emerged during the 1860s and referred to the production of tar, pitch, and turpentine in the state's pine forests. It and the term "Tar Boiler" may have first been used as insults, but during the Civil War, the nickname came to mean perseverance on the battlefield. By the 1890s, state residents had adopted the name with pride.