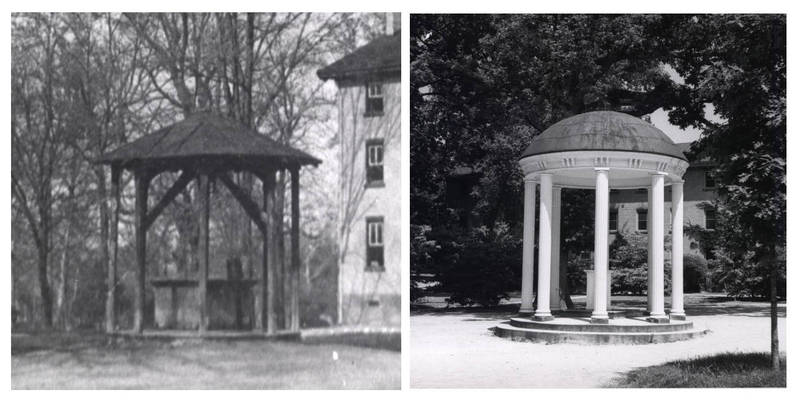 As the university expanded, the presidents and the faculty became concerned about the campus's physical appearance. President Battle oversaw the preservation of Battle Park and Gimghoul Woods. He personally cleared the paths in Battle Park, built bridges and seats throughout the area, and named many natural spots around campus. Alderman continued the interest in beautification. After he noticed the ramshackle condition of the Old Well from his South Building office window in 1897, he replaced it with a new structure inspired by the Temple of Love at Versailles.