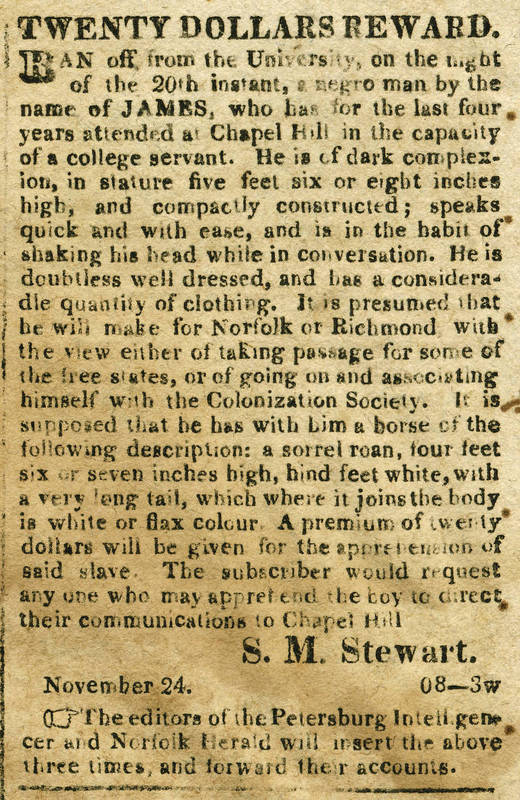 Slaves often resisted by running away. In this advertisement from the Hillsborough Recorder in 1829, the owner of a slave who worked at the university offered a reward of twenty dollars for his return. Described as well-dressed and articulate, James had been working as a servant at the university for four years when he fled with a considerable amount of clothing and a horse. James's owner believed that he was headed north to Richmond or Norfolk where he hoped to contact the Colonization Society, a group that helped repatriate slaves to Africa.