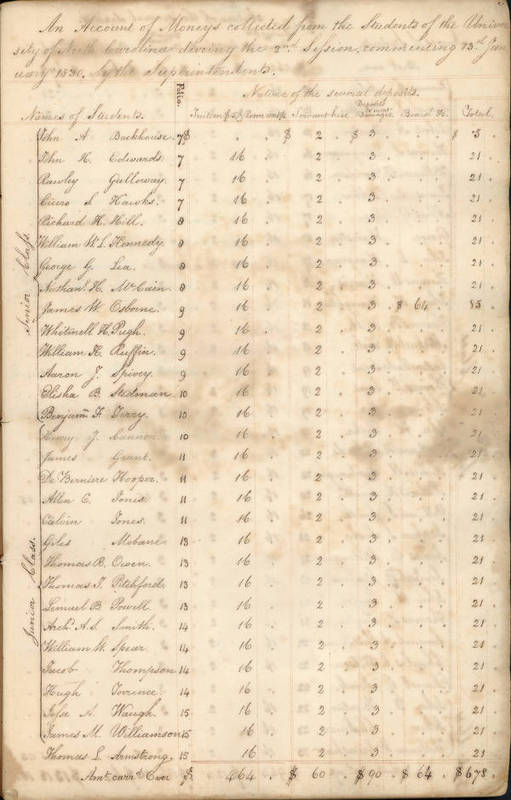 After the university opened in 1795, slaves prepared food, cleaned buildings, and tended fires. The university did not own these workers directly, but hired them by the year from local masters. Students, faculty, and trustees also owned slaves, but after 1845, the trustees forbade students to bring their own slaves to campus. President Kemp P. Battle remembered that "few students blackened their own boots or carried their own parcels. The profits of such jobs went to the servants."