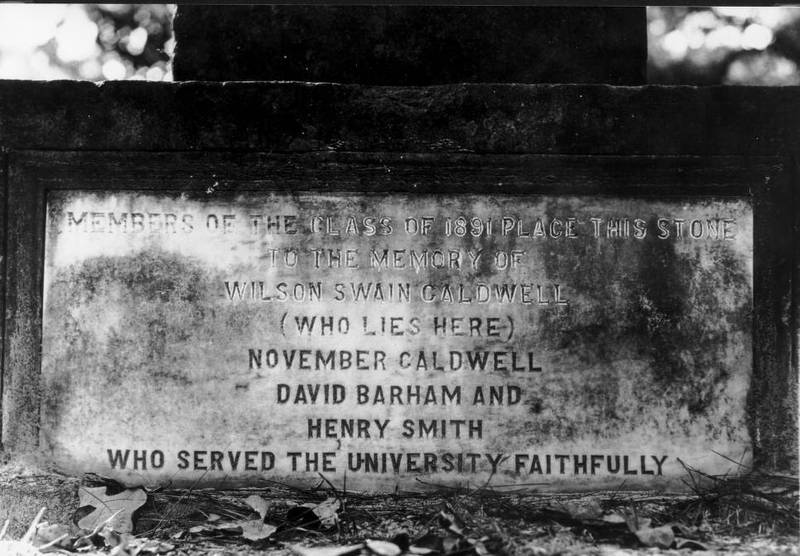 The university's antebellum public spaces, streets, and buildings carry the names of whites, many of whom were slave owners. However, the graveyard near the new Playmakers Theatre contains a monument dedicated to three slaves, including November and Wilson Caldwell. Ironically, this obelisk once honored a president of the university, Joseph Caldwell, who had owned November Caldwell. When trustees commissioned a new monument for the president in 1904, they moved the old one to the graveyard and rededicated to the slaves.