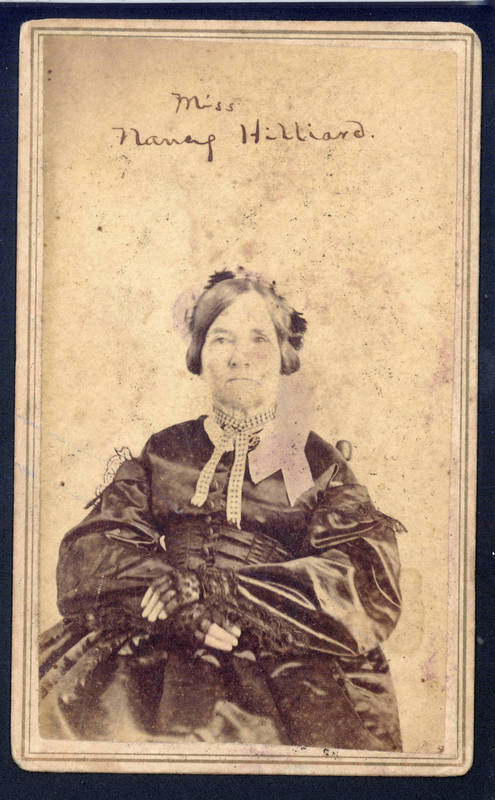 Women did not teach at the antebellum university, but some played important roles in students' lives. One of the most popular was Ann Segur Hilliard, known as "Miss Nancy," who began running a boarding house in 1825. Hilliard chose one of the few businesses open to women in the nineteenth century. President Battle described her food as "bountiful" and "well cooked" but wondered how her "receipts could balance expenses." When U.S. President and alumnus James Polk announced his return to campus in 1847, Hilliard built an addition onto her hotel to accommodate him. The Eagle Hotel stood on the present site of Graham Memorial and was destroyed by fire in 1921.

← Invitation to 1843 commencement ball with student's handwritten note asking his uncle "to bring all the girls."
Caroline Lee Hentz (1800-1856) →