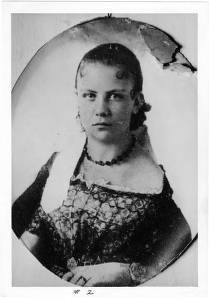 During the last days of the Civil War, Union troops under the command of General Smith D. Atkins occupied Chapel Hill. When the general called on President David L. Swain, the president introduced him to his daughter, Eleanor, then twenty-one years old. Atkins was so taken with Eleanor that he ordered his regimental band to serenade her every evening and presented Swain with a gift of two horses, one for him and one for his daughter. As Atkins departed Chapel Hill, Eleanor announced their engagement, and the couple married in August 1865. Confederate supporters disapproved of their romance and accused the Swains of betraying the South.