Invitation to 1843 commencement ball with student's handwritten note asking his uncle "to bring all the girls." 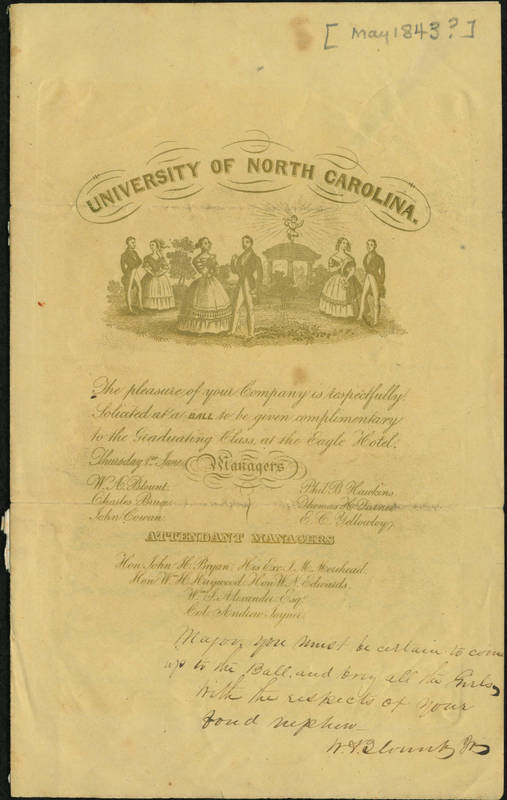 Though they could not enroll, some women became ardent supporters of the university. Governor Richard Dobbs Spaight's wife, Mary Leach Spaight, attended the first public examination of students. In 1802, the women of Raleigh donated a pair of globes and a compass to the university. In 1803, the women of New Bern gave a quadrant. North Carolina's women also joined the university's public occasions, including balls and commencement. At the 1849 commencement, women were seated together to prevent interaction with the male students.