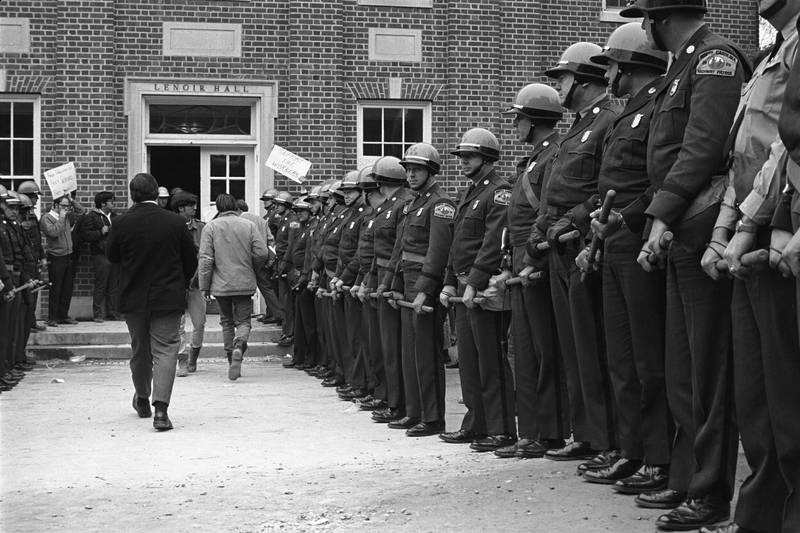 In February 1969, some cafeteria workers went on strike, demanding higher wages and better working conditions. In support, members of the BSM and some white students staged various protests, including a slowdown of the cafeteria serving lines. In March, students overturned some tables, and Governor Robert Scott placed state police around Lenoir Hall. Students then started a Soul Food Cafeteria as an alternative to Lenoir Hall, and Governor Scott threatened to evict them. Local police persuaded the students to leave before a confrontation developed. Friday and Sitterson agreed to pay raises and other benefits for the workers but soon turned the cafeteria over to a private company. The workers went on strike again in December, and Friday again helped settle the dispute.