Wilkinson addressing crowd from behind wall on Franklin Street 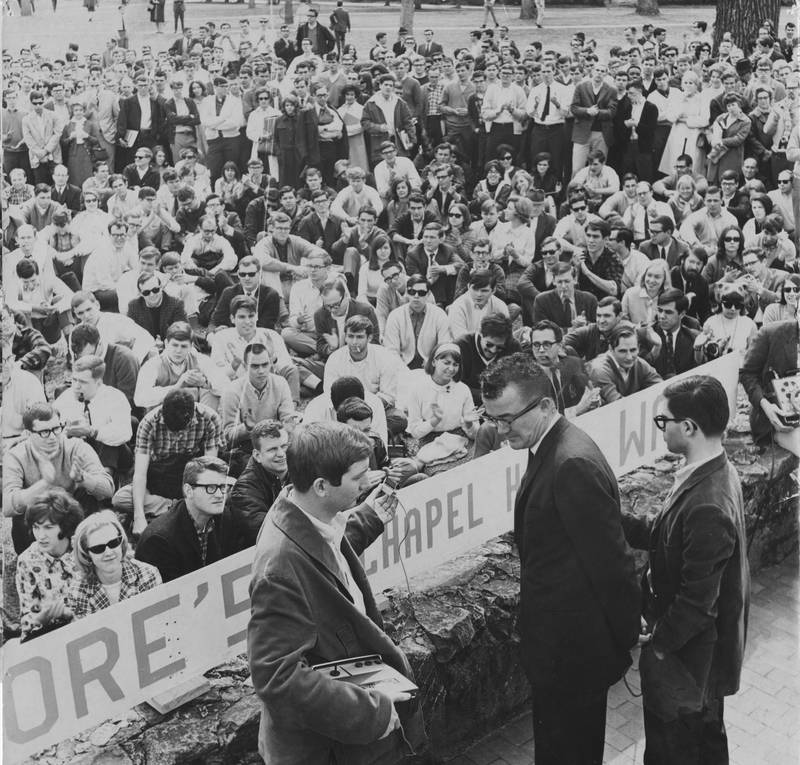 The students themselves also took on the Speaker Ban Law. In 1965, Chapel Hill's chapter of Students for a Democratic Society invited to campus two controversial members of the Communist Party, Frank Wilkinson and Herbert Aptheker. The Daily Tar Heel and the student government agreed to cosponsor them. Under the Speaker Ban, they were not allowed on campus, so the students arranged for them to speak from the sidewalk on Franklin Street to students across the campus wall.