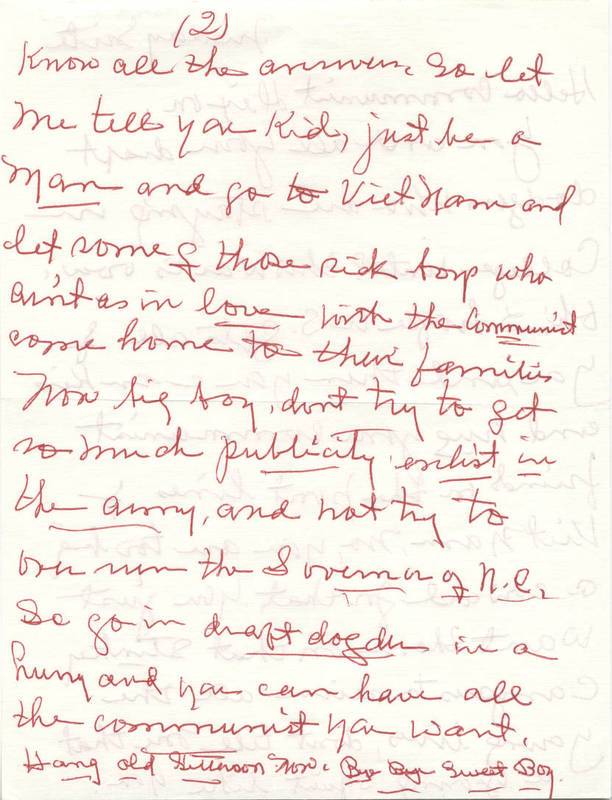 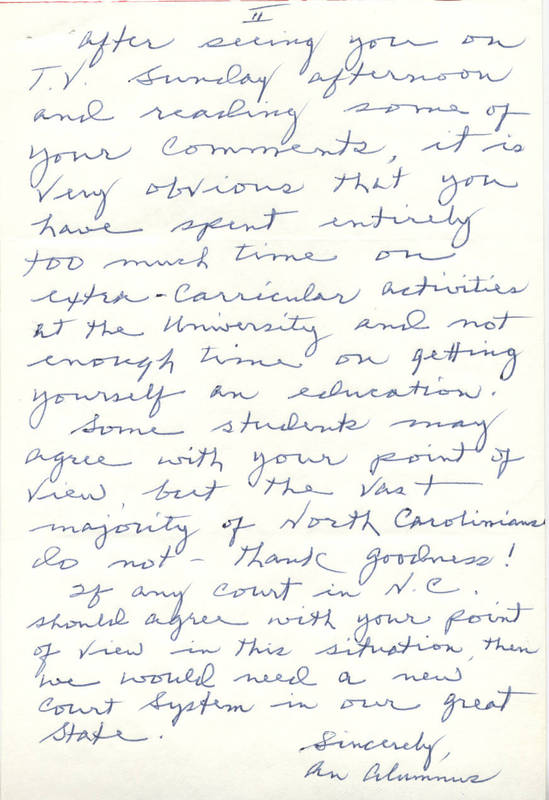 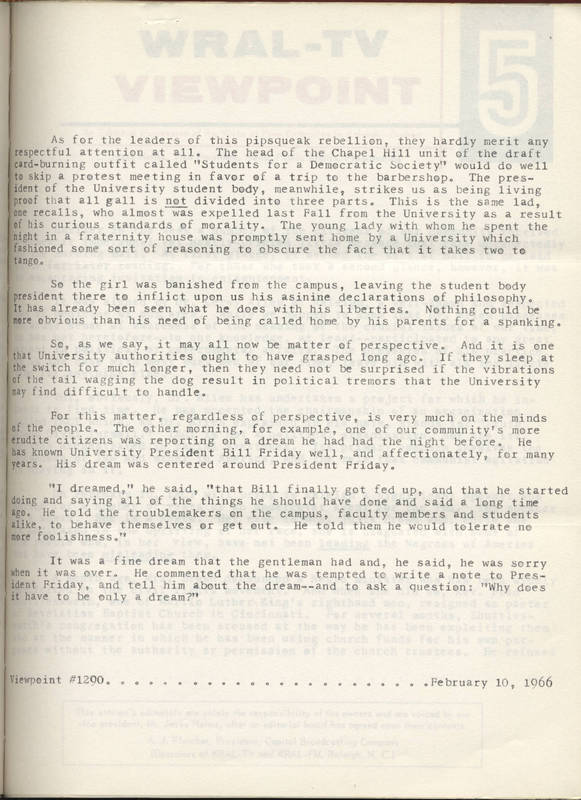 The University Archives in Wilson Library contains the files from Paul Dickson's tenure as student body president in the records of the Student Government. These files contain letters that Dickson received from both supporters and those disappointed in his actions. Many questioned his patriotism and called him a communist. Dickson also did not escape the attention of Jesse Helms. Helms called the protest a "pipsqueak rebellion" and criticized the SDS and Dickson.

← Herbert Aptheker Is Thrown off Campus
One Final Effort →