The Board of Trustees Makes a Decision 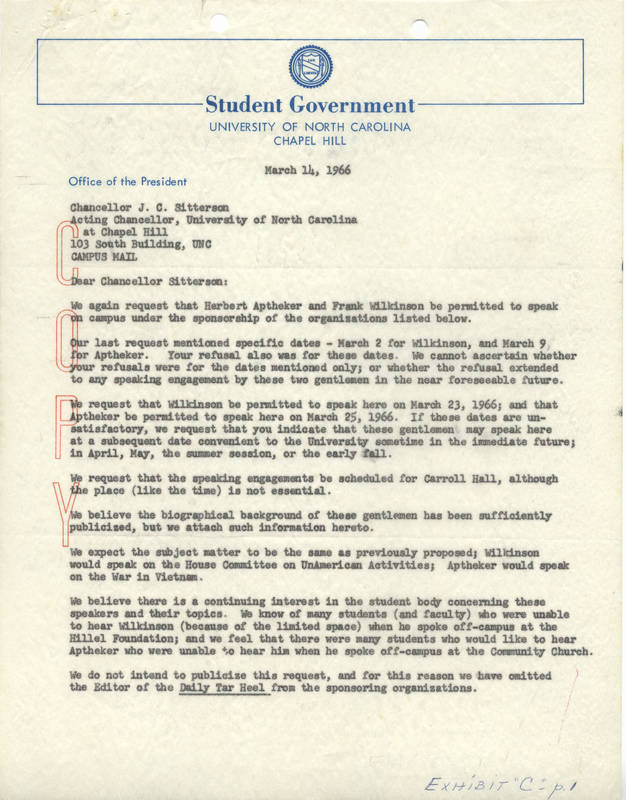 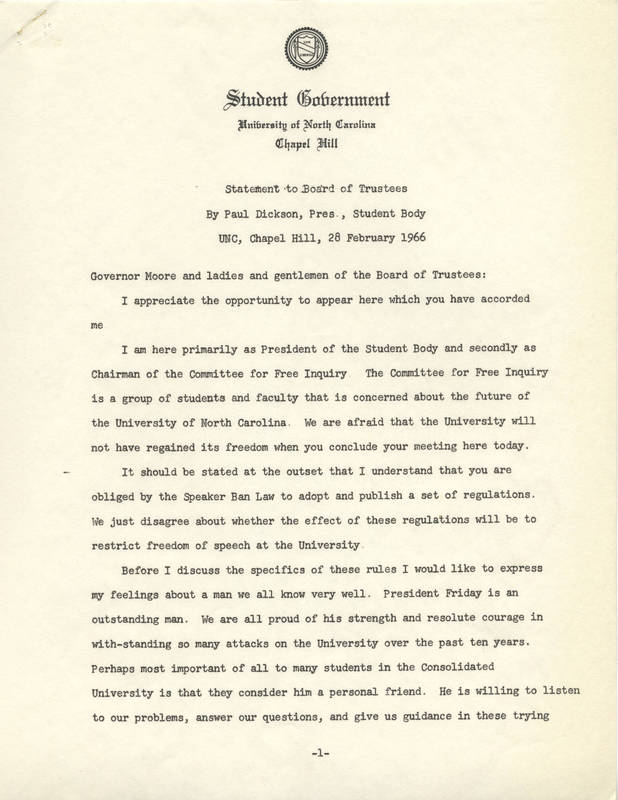 On February 28, 1966, the UNC Board of Trustees met to further discuss the invitations of Aptheker and Wilkinson. Friday wanted to persuade the Trustees to turn over responsibility of regulating campus speakers to the Chancellor of each institution. Friday, Sitterson, and Dickson, among others, were allowed to address the Trustees, but UNC-SDS representatives and younger faculty were not. The Trustees voted almost unanimously to give each Chancellor the ability to regulate campus speakers. After the Trustees' action, Dickson, George E. Nicholson, III, and Robert S. Powell of the Carolina Forum, James A. Medford of the YMCA, Eunice H. Milton of the YWCA, John A. Greenbacker, Jr. of the Dialectic and Philanthropic Societies, Erin Van Loon of the Carolina Political Union, Ernest S. McCrary of theDaily Tar Heel, and Gary Waller and Stuart Matthews of the UNC-SDS signed a letter to Chancellor Sitterson seeking his permission to invite Aptheker and Willkson to speak on campus.