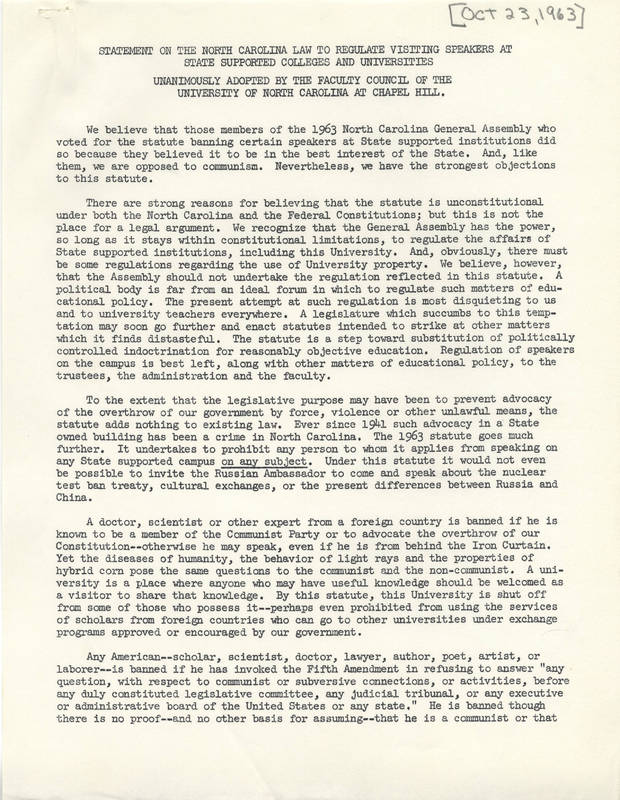 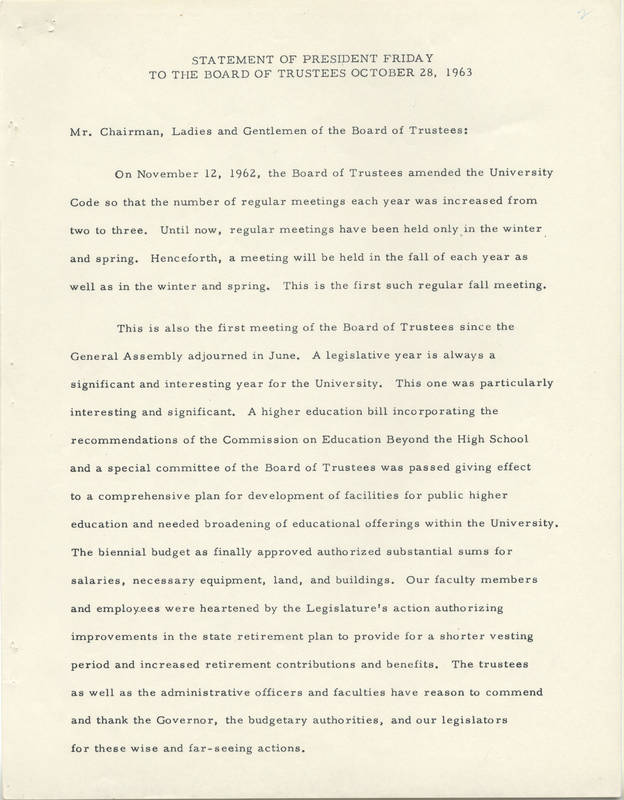 Governor Terry Sanford was sympathetic to those who wished for repeal, but North Carolina governors did not have veto power at the time, and Sanford needed the support of conservative members of the General Assembly for his legislative agenda. Instead, in October 1964, Sanford appointed a committee, comprised of members of the Board of Trustees, to review the law and formulate a plan that would return the power to regulate campus speakers to the trustees. Chaired by William Medford, a former state senator and now a federal attorney, the Medford Committee recommended amendment rather than repeal as the most practical approach to resisting the law.
In January 1965, the Medford Committee presented its report to the new governor, Dan Moore. Moore, however, was not as sympathetic as Sanford and did not support efforts to amend the law during the 1965 legislative session.

← The Public Responds
The Accreditation Threat →