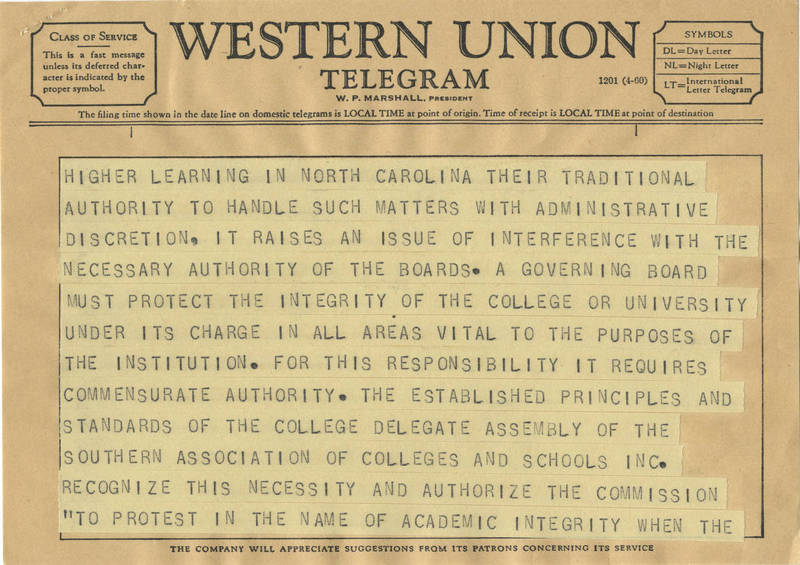 On May 19, 1965, near the end of the legislative session, the Southern Association of Colleges and Schools (SACS) sent a telegram to Governor Moore and other state officials threatening the possible loss of accreditation for UNC. The Speaker Ban Law, it maintained, interfered with the authority of the Board of Trustees by removing its ability to create policy. Jesse Helms and other conservatives tried to paint the threat as harmless and insignificant, and accused UNC officials, especially President William C. Friday, of being complicit with SACS.

Despite efforts to minimize the accreditation threat, it was not taken lightly. Although Moore resisted efforts to amend the law in the 1965 legislative session, he recommended the appointment of a commission to examine the issues involved.