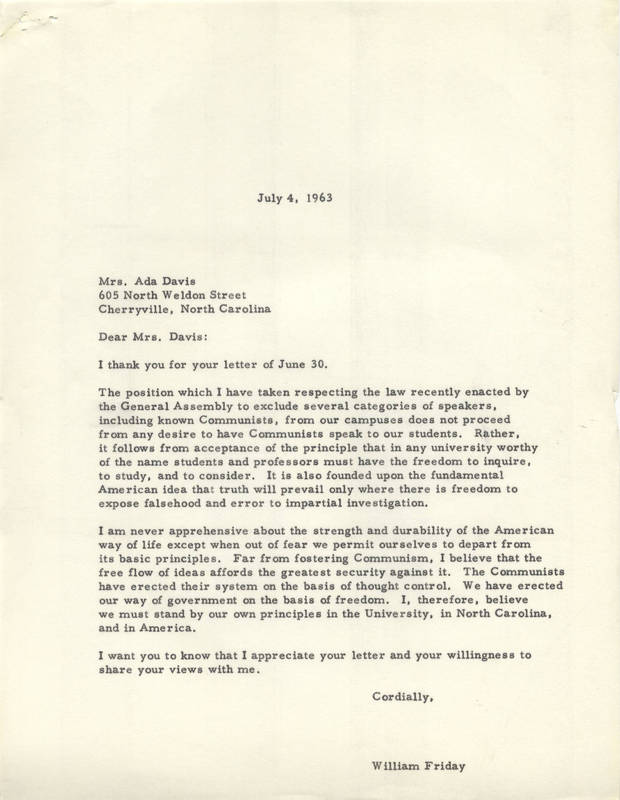 Supporters of the law did not believe that state-owned property should be used to host communist speakers or that college-age students should be exposed to any communist ideas. They frequently accused opponents of the law of being supporters of communism. Opponents argued that their objection to the law had nothing to do with supporting communism. Quite the contrary, they believed that "the free flow of ideas" afforded the greatest protection against communism. They also argued that the purpose of any institution of higher learning is to afford students the freedom of inquiry.