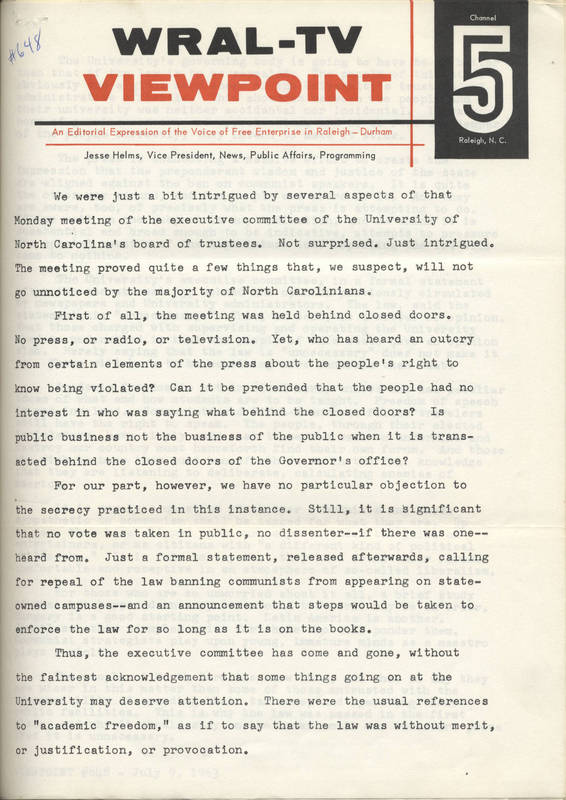 Reaction to the passage of the law was swift as proponents and opponents made their views public. Jesse Helms, a conservative editorialist on WRAL Television, disdained the liberalism of the University of North Carolina and was a strong supporter of the Speaker Ban Law. In fact, it was one of his editorials about a similar law in Ohio that encouraged the sponsors of the bill in North Carolina. Helms had praised Ohio State University President Novice G. Fawcett's cancellation of a campus forum criticizing the House Un-American Activities Committee (HUAC). In 1972, Helms would be elected to the United States Senate, serving until 2003 and becoming one of the most influential conservative politicians in the country.