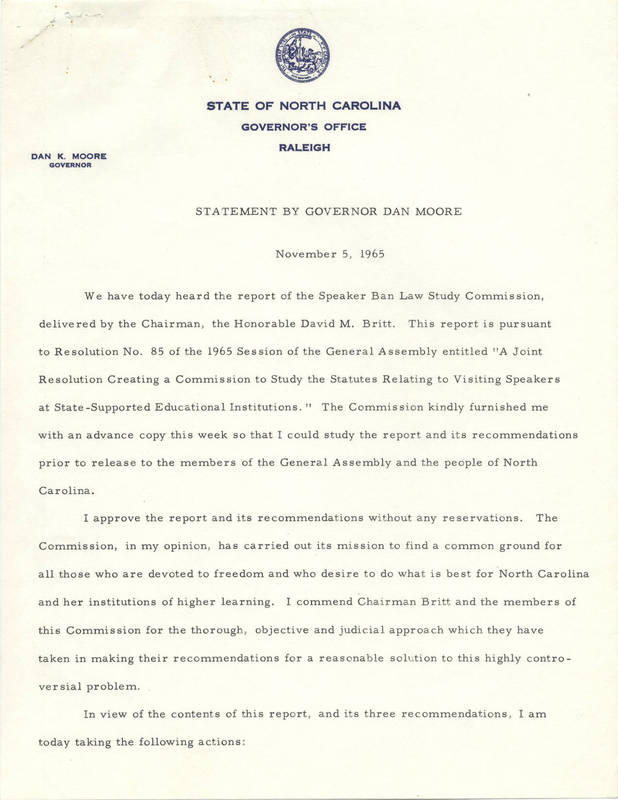 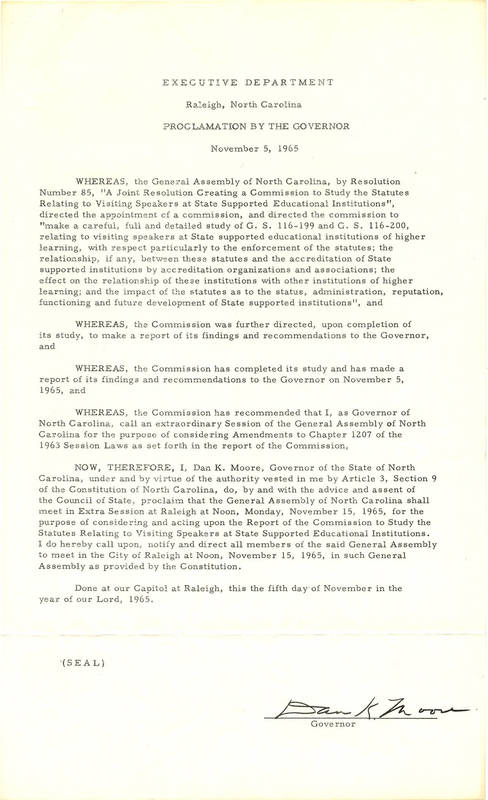 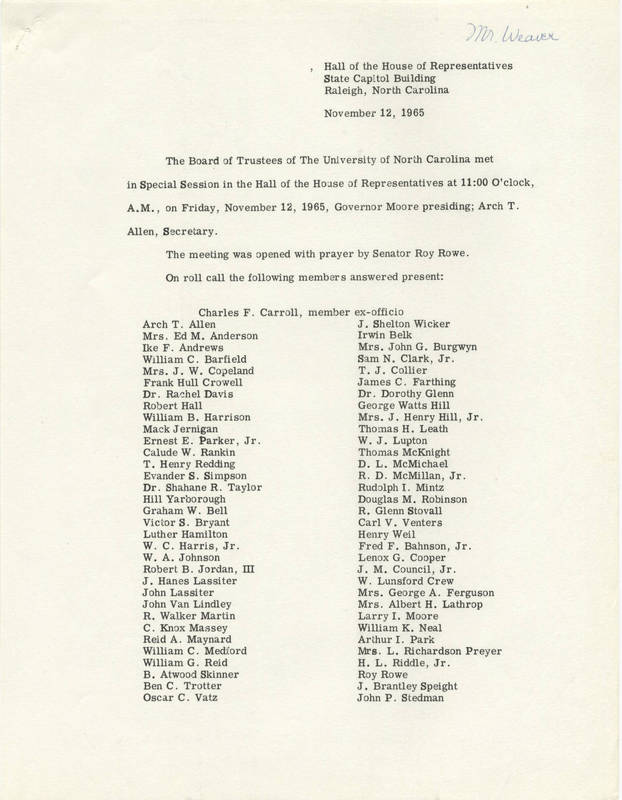 The Britt Commission issued its report on November 5, 1965. The report recommended a compromise that would return the power to regulate campus speakers to the Board of Trustees. The two-fold recommendation was that the Trustees of each state-supported institution of higher learning should have the authority and responsibility to adopt and publish speaker policies, and that the Trustees for each educational institution should adopt the general statement on speaker policy contained in the commission report before any amendment of the law should take place.


On November 12, 1965, the Board of Trustees formally adopted the speaker policy as written in the Britt Commission report, opening the way for the law's amendment.

A special session of the General Assembly amended the law on November 17, 1965, returning the authority to regulate visiting speakers to the Trustees under strict guidelines. While the amended law was a victory for UNC officials threatened with the loss of accreditation, it did nothing to assuage those who considered the law a violation of free speech. The original intent of banning communist speakers from campus still stood.