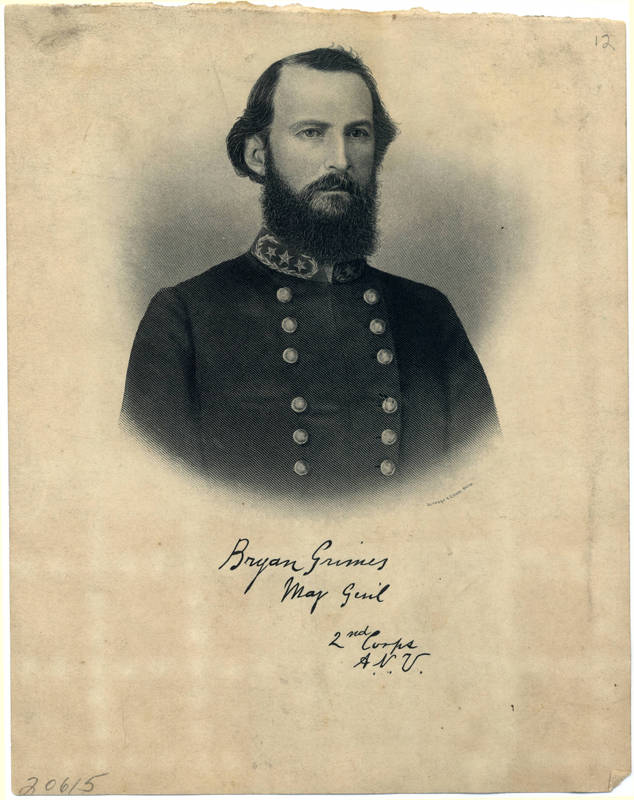 The university's highest-ranking Confederate, Lieutenant General Leonidas Polk, studied at Chapel Hill from 1821 to 1823 before attending West Point. He served in the Army of Mississippi and Army of Tennessee until his death in the Atlanta campaign of 1864. The university's second highest-ranking Confederate officer was Major General Bryan Grimes. Grimes attended the university from 1844 to 1848 and then managed his family's plantation. He led his North Carolina troops through some of the war's bloodiest conflicts, including Gettysburg. Grimes served as a university trustee from 1877 until 1880. His letters contain vivid accounts of some of the deadliest Civil War battles.