Runaway slave hiding in a swamp 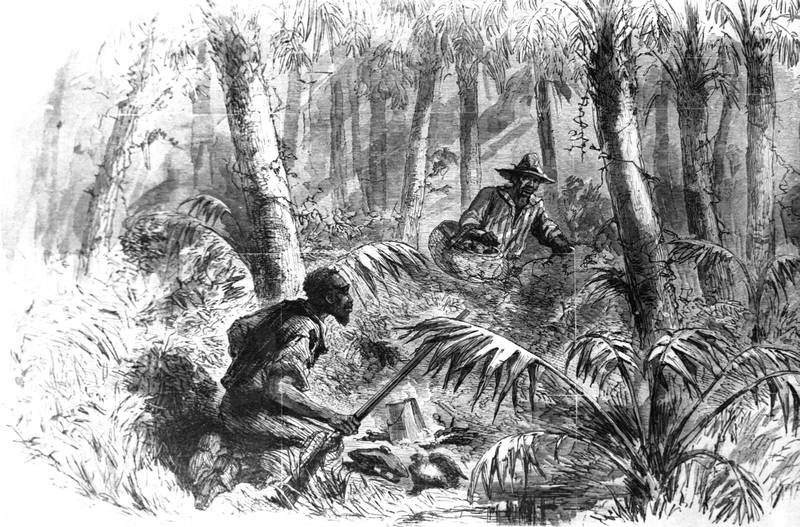 The university remained open throughout the war with only a handful of students, but refugees crowded the surrounding community. After a Union invasion, many coastal white residents fled to Chapel Hill to occupy vacant student lodgings and brought with them as many slaves as possible. The new residents unsettled the county and strained its food supply. In February 1863, two local slaveholders suffered "brutal murders without provocation," leading to the arrest and execution of five black suspects. A year later, the county sheriff led a group of thirty students against a camp of runaway slaves. The successful posse took seven black captives and wounded one.