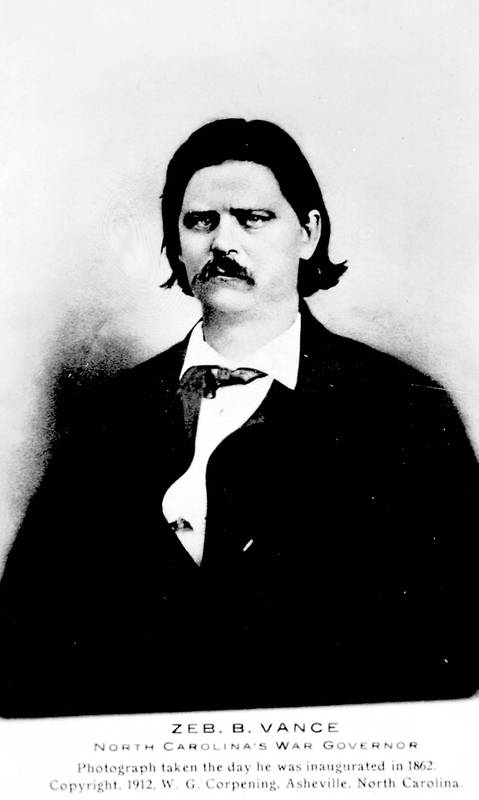 Zebulon B. Vance of Asheville became one of the university's most prominent Confederates. Vance came to Chapel Hill in 1851 and grew close to President Swain, but left a year later to seek public office. In 1861, Vance was serving in the U.S. Congress, but entered Confederate service and won election as a regimental colonel. After his battlefield experience, Vance criticized Confederate leadership and spoke out for the state against perceived neglect by central authorities. With a reputation for heroics and independent thinking, Vance left the army in 1862 and served for the rest of the war as governor of North Carolina. In 1912, the university named Vance Hall in his honor.