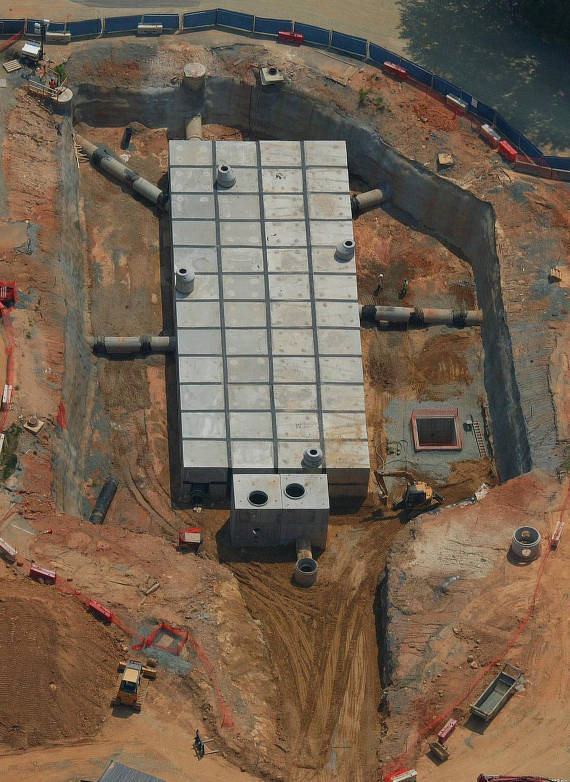 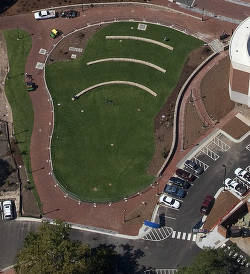 In 2004, UNC and Orange Water and Sewer Authority (OWASA) collaborated on a plan to decrease the water use of the campus through sustainable design, the use of reclaimed water (highly treated but non-potable recycled waste water), and the reuse of storm water. One part of this effort was the Bell Tower Project, which included the construction of the Genome Science Laboratory Building, a parking deck, a 25,000-ton chilled water plant, and a central park area. Beneath the surface of the park lies a concrete structure capable of storing 360,000 gallons of stormwater, as well as a 350,000-gallon cistern to store run-off water from nearby rooftops. This water is used to irrigate the surrounding area, including Kenan Stadium, as well as for flushing toilets in the new Genome Science Laboratory Building.

Similar systems are in use elsewhere on campus, including cisterns near Hooker Field and Boshamer Stadium, used to irrigate the athletic fields; the Hanes and Rams Head cisterns used for landscape irrigation; and a cistern by the FedEx Global Education Center that provides water for toilet flushing. Overall, the efforts made by the campus in recent years to conserve and reuse water will reduce UNC's demand for potable water by about one million gallons a day.