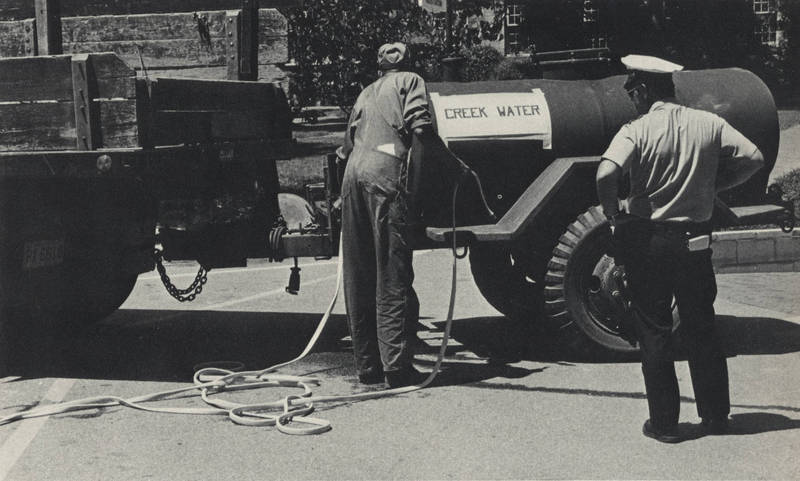 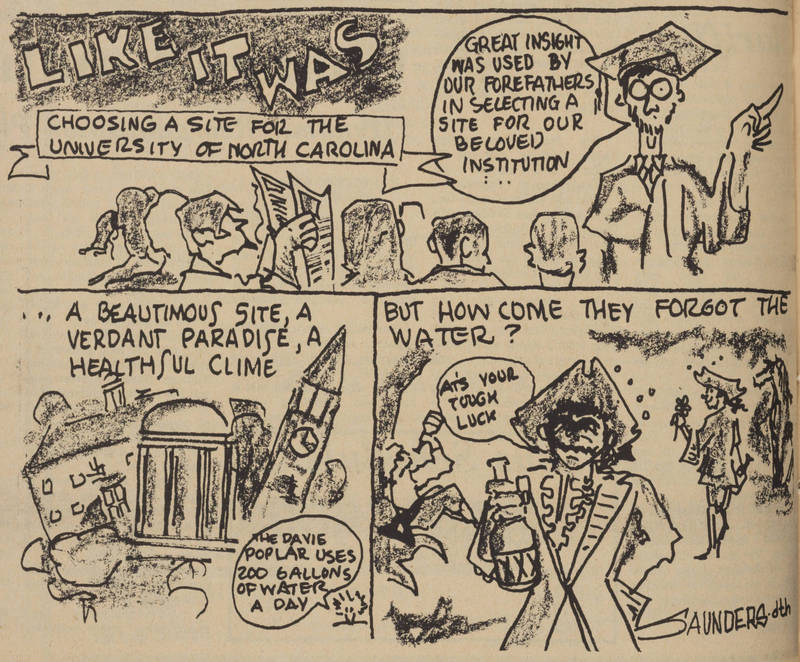 Two of the most severe droughts experienced on campus occurred in the 1960s and 1970s. In August 1968, University Lake had dropped to about one-sixth its normal level and there was concern that classes would be suspended if the situation didn't improve. The university spent $100,000 towards a pipe that connected Chapel Hill to Durham's water system, and it purchased water from Durham to supplement what was left of University Lake. No one was to water lawns or wash cars under penalty of a fine, and all were asked to use as little water as possible. Chancellor J. Carlyle Sitterson set an example for students, showering every other day and heating water rather than letting it run from the tap until it was hot. Local businesses offered rewards to the dorms that used the least water, and Lenoir Dining Hall began using disposable plates, cups, and cutlery to cut down on dishwashing. By the end of 1969, the water level had returned to normal and these strict conservation efforts ended.

By summer 1976, drought conditions had returned. Chapel Hill began buying three million gallons of water a day from Durham, and again instituted strict conservation measures. Bowman Gray Pool was closed until October, when water was brought in by tanker truck from Hillsborough. Snack bars on campus were barred from serving coffee, tea, or hot chocolate because of the water needed to make them. Within a year, the drought conditions subsided and restrictions were once again lifted.