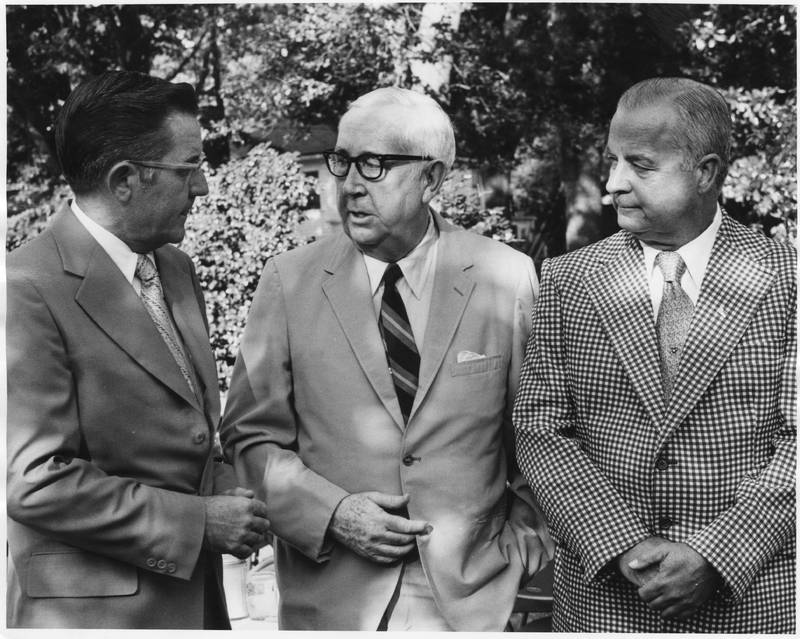 Medical education continued to arouse controversy during the 1960s. Leo Jenkins, the president of East Carolina University (ECU), campaigned for a medical school in eastern North Carolina to alleviate its doctor shortage. Fearing the state could not adequately finance two medical schools, system president William Friday approved in 1974 a one-year program at ECU, after which students could transfer to Chapel Hill. Recognizing the strong support in eastern North Carolina for an independent medical school, Friday recommended that the state approve the full course of study at ECU, which the legislature fully funded in 1975.

← Groundbreaking for the Jaycee Burn Center, with John Stackhouse, second from the left.
AHEC staff travel across the state by airplane →