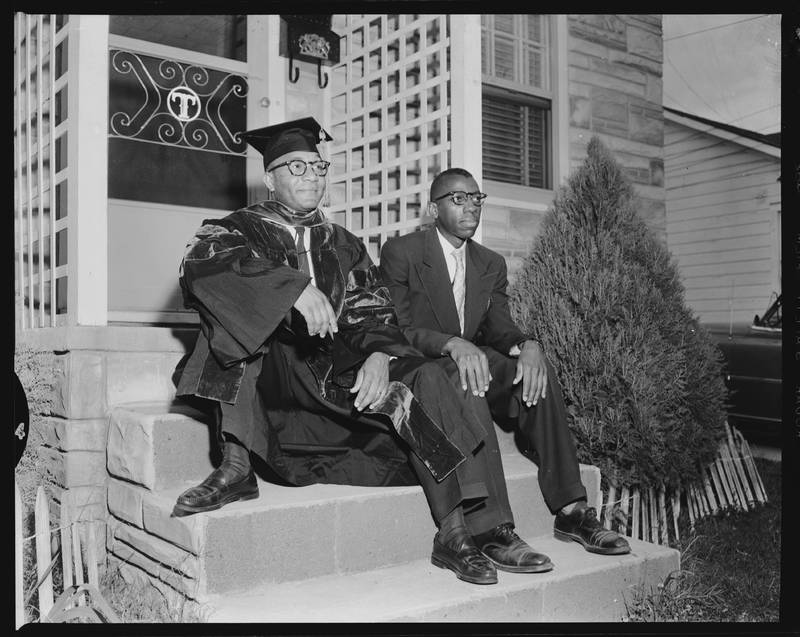 In 1951, the Fourth Circuit Court of Appeals ordered the university to admit black students to its law school. Anticipating a similar ruling for the medical school, the trustees removed racial barriers to admission there. Later that year, Oscar Diggs (pictured here on the left) enrolled as the first African American in the medical school. Thirty years old, he had graduated from North Carolina A & T College and had served in the military. Integration of the hospital took place in the early 1960s, beginning with the Intensive Care Unit. James N. Slade (pictured on the right) was the second African American to attend and graduate from the medical school at the University of North Carolina.

← Dental students and patients, 1952
Groundbreaking for the Jaycee Burn Center, with John Stackhouse, second from the left. →