Groundbreaking for the Jaycee Burn Center, with John Stackhouse, second from the left. 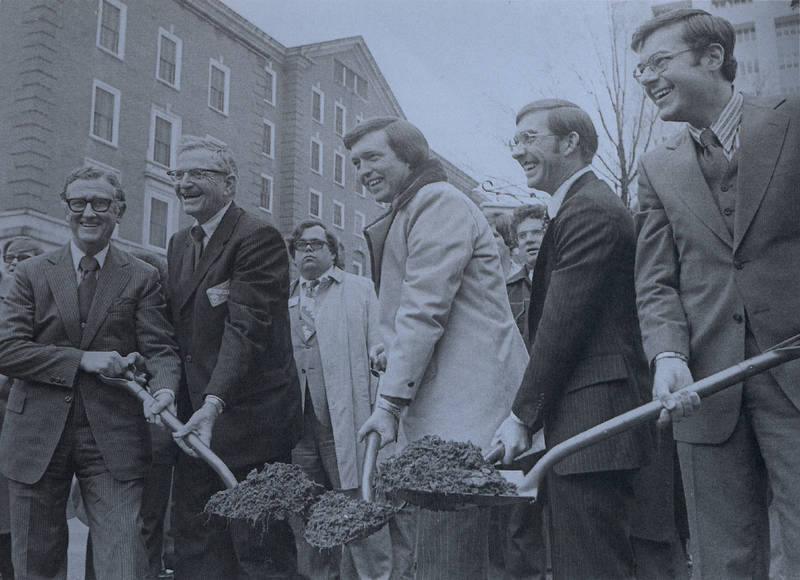 In 1981, the university hospital acquired a comprehensive burn treatment center. An electrical contractor, John Stackhouse of Goldsboro, started this effort after several of his workers suffered accidental burns. It was named the North Carolina Jaycee Burn Center in honor of the philanthropic organization that had donated considerable funds. As the only North Carolina facility that specializes in burn treatments, it also trains medical personnel and teaches fire safety.