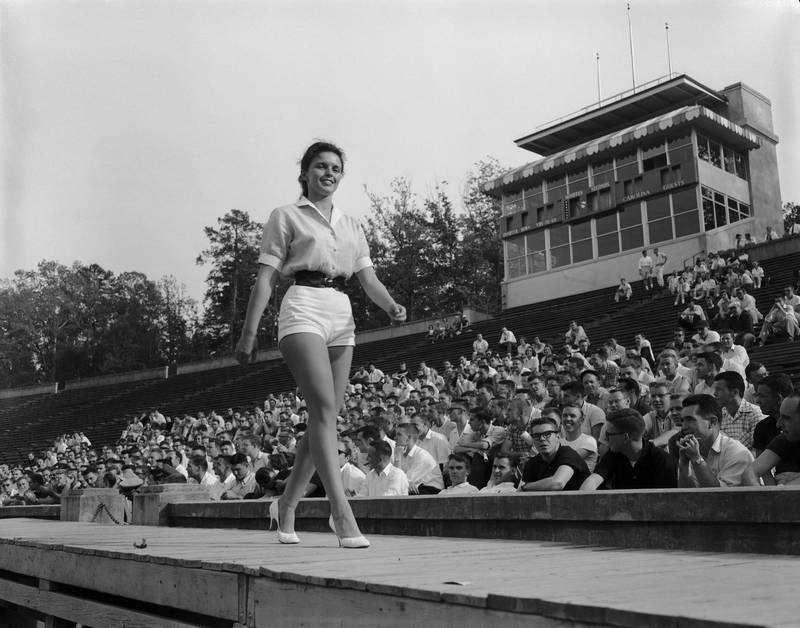 Women's academic achievements did not overcome traditional gender stereotypes. During the late 1930s, the campus elected a king and queen each year. The king was the most popular professor and the queen, the most popular female student. In the coronation staged at Memorial Hall, the woman wore a crown and an evening gown. In addition, many student organizations selected a woman each year as their beauty queen. The Yackety Yack included a section called "Vanity Faire" with photographs of women students chosen for their attractiveness.