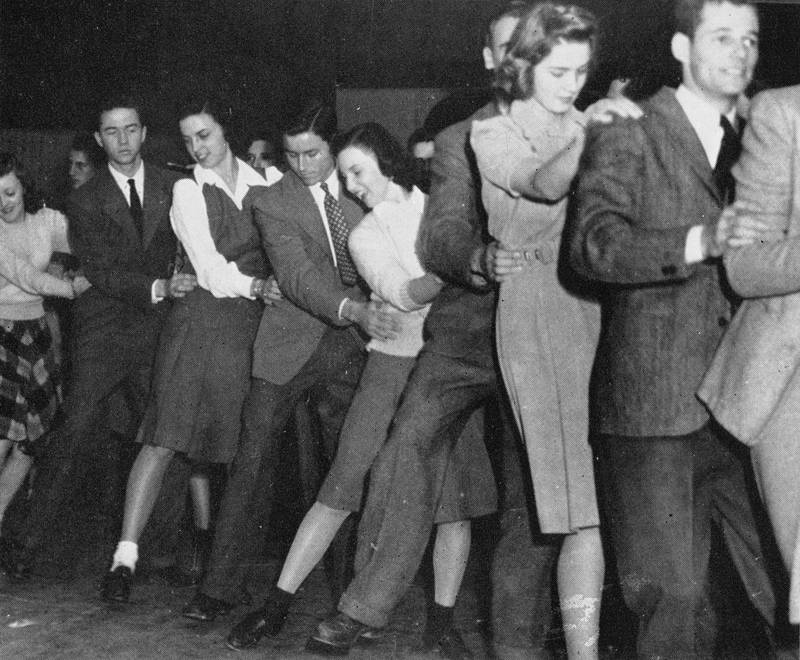 Before the war, Chapel Hill’s social life revolved around fraternities, football games, and an annual series of elaborately organized dances. Fraternity life faded as civilian enrollment declined, however, and the military rented most of the fraternity houses for its cadets. Students had to cut their dance budgets and could no longer afford nationally known bands. Men in uniform swarmed over the campus both day and night. Teams from military bases appeared on the athletic schedules. Many military personnel came from outside the South and had no experience with the region’s customs or university traditions. Private housing, always scarce in Chapel Hill, became even more crowded. Despite this turmoil, dance weekends still brought out high spirits.