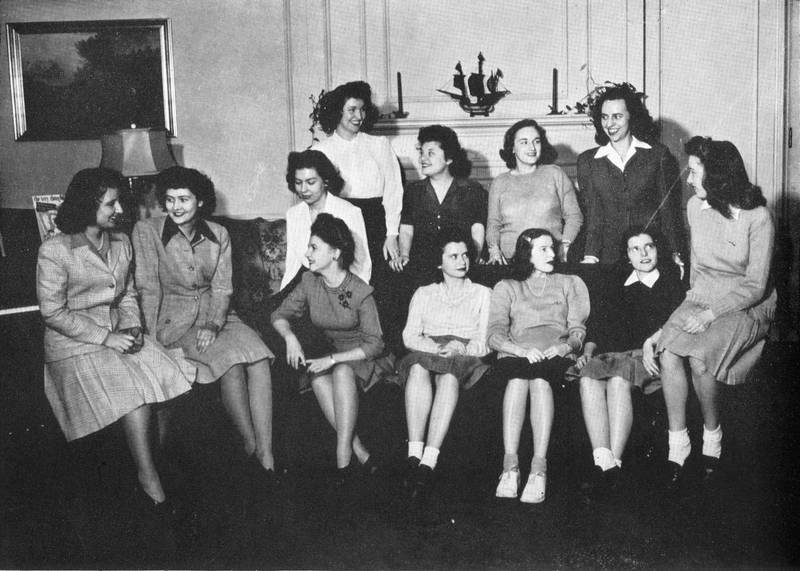 Total enrollment averaged about four thousand students before the attack on Pearl Harbor but then decreased to less than half of that figure, reaching a low of fifteen hundred civilians in the spring semesters of 1944 and 1945. In 1943-1944, law school registrations fell to nine students, while only five appeared for classes in the medical school. Graduate student registrations also declined, and for the first time, women outnumbered men in those advanced programs.