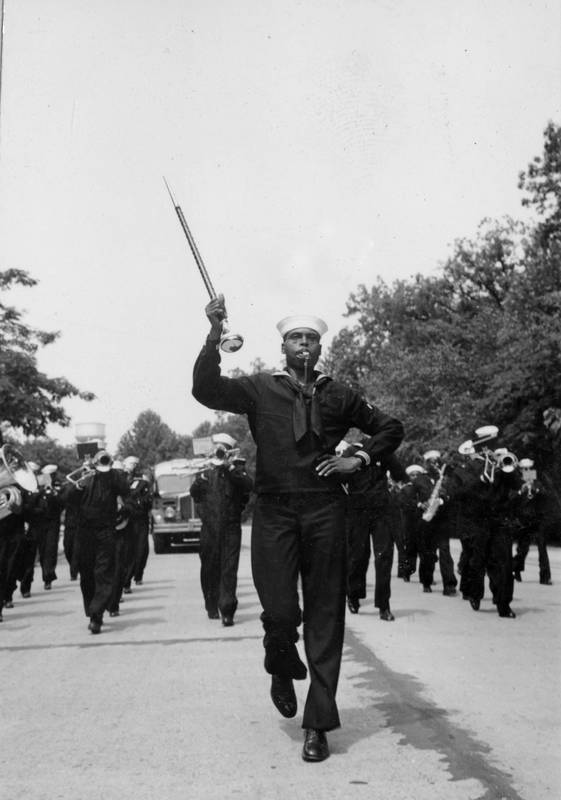 The military did not train African Americans in Chapel Hill during World War II, but the Navy stationed an all-black band there. Even though the military was racially segregated at the beginning of the war, the mobilization of resources was so vast that marginal groups such as women and blacks were pulled into the defense effort. North Carolina’s black leaders requested participation in the war effort and found a cooperative partner in Frank Porter Graham. Thirty-one of the forty-five bandsmen came from the all-black Negro Agricultural and Technical College of North Carolina in Greensboro, and were already experienced, accomplished musicians. There were three other pre-flight training centers in the nation, but only Chapel Hill accepted an African American band.