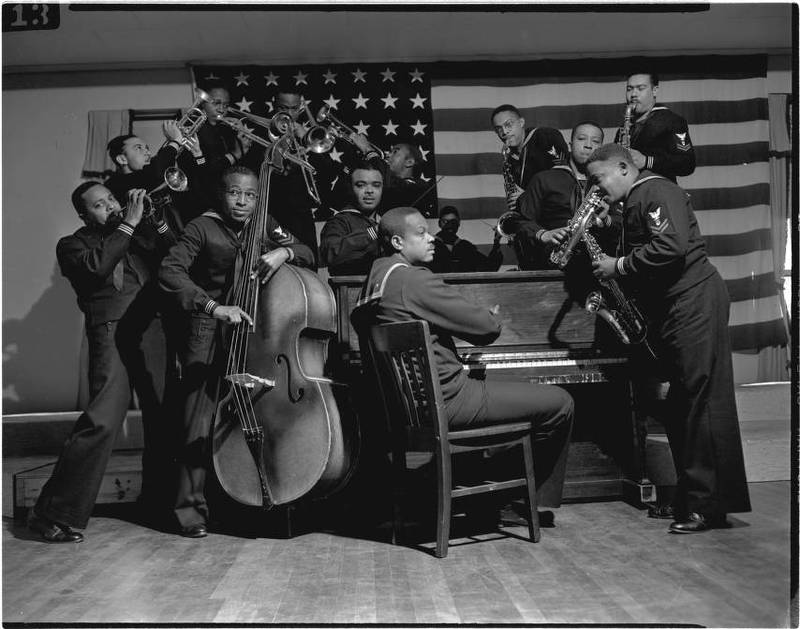 After attending a boot camp in Norfolk, the B-1 band arrived in Chapel Hill in August 1942. They marched down Franklin Street, where some whites jeered, shouted racial slurs, and threw rocks and mud at them. The university would not house them on campus, so they lived at a local community center. Every morning, they marched over a mile to campus to play for the eight o’clock flag raising. They also performed at regimental reviews, war bond rallies, and local concerts. Their swing band, known as the Cloudbusters, proved to be popular with groups on and off campus.