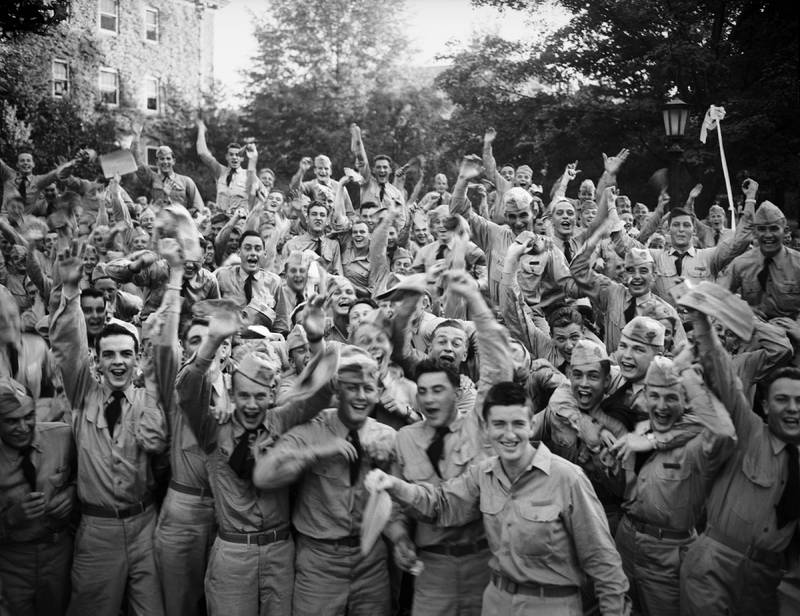 Several other military training programs came to campus during World War II, turning Chapel Hill into a “little Annapolis.” Students who joined the Navy V-12 program intended to become officers; they wore uniforms on campus and took drill instruction between classes. The Navy leased most of the fraternity houses and seven dormitories to make space for them. There was also a small Army meteorology training program as well as language and medical projects. Additionally, over three hundred and fifty officers from the Free French army trained on campus in 1945. With so many students and cadets to feed, the military had to bring in Italian prisoners of war to staff the dining hall. Graham estimated that over 25,000 men and women came to Chapel Hill for military training during World War II, including two future presidents, Gerald Ford and George H. W. Bush.