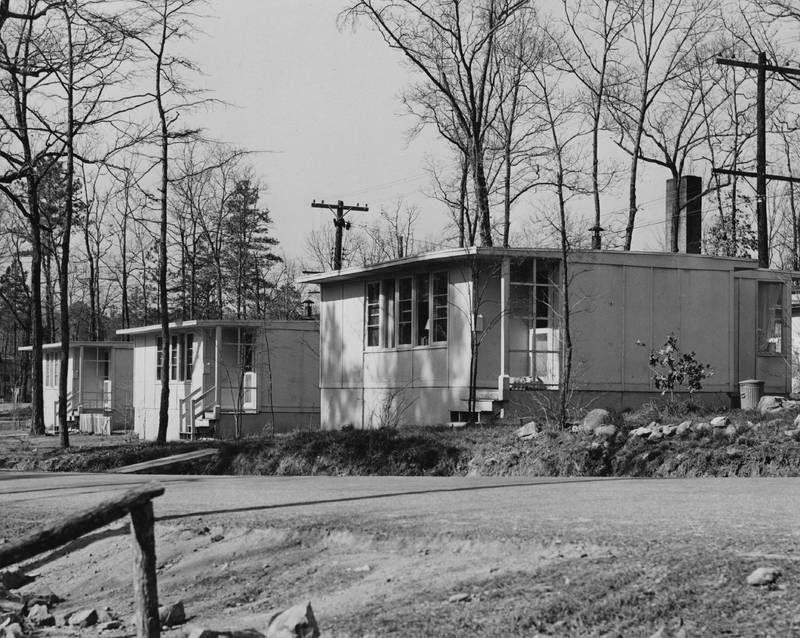 ← Carolina student with his family, living in a trailer, 1946
Interior of Quonset Hut →