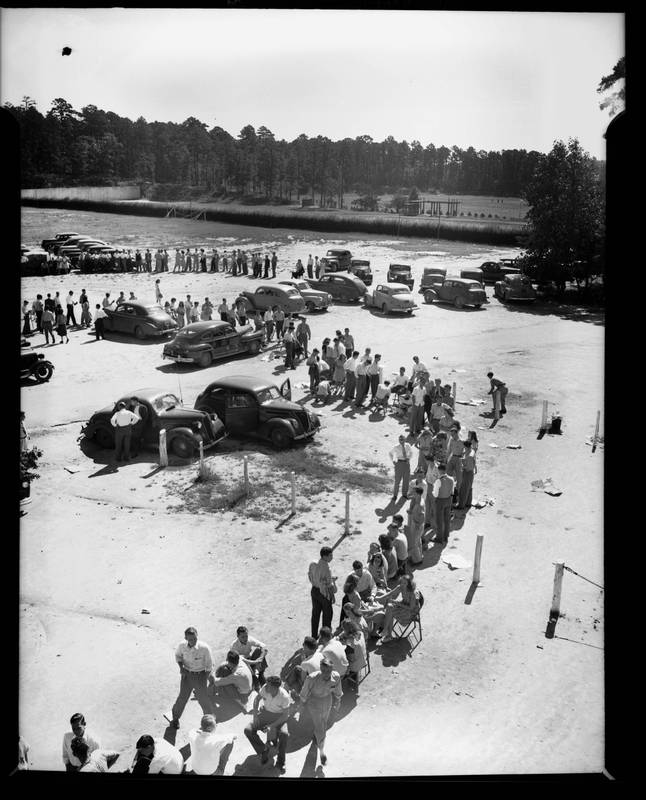 Once the war ended, many veterans were eager to attend college. In 1944, Congress passed the G.I. Bill to guarantee veterans a chance at higher education by paying their tuition and providing an allowance for living expenses. In 1946, ten thousand veterans applied to the university. Enrollment increased that year to 6,800, more than double what it had been in the fall semester of 1945. By 1947, enrollment reached a peak of 7,600, and because of the excessively long lines at registration, the university began assigning students to classes instead of letting them make their own choices. Female veterans, mostly nurses, also enrolled with G.I. benefits. African Americans remained barred from campus until the courts ordered integration of the law school in 1951.

← B-1 Band Outreach Programs
Carolina student with his family, living in a trailer, 1946 →