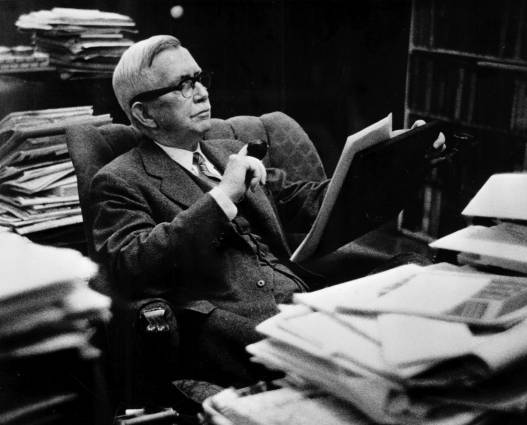 In 1909-1910, English professor Edward Kidder Graham, in response to student demand, taught the university’s first journalism course. Because some undergraduates wanted a career in newspaper work, the university hired Louis Graves in 1921 to teach the subject. After he left in 1924 to start a local newspaper, the university expanded the journalism program, made it an independent department, and chose Gerald W. Johnson to head it. Johnson later became a columnist with a Baltimore newspaper and earned a national reputation for his attacks on the Ku Klux Klan, the anti-evolution movement, and McCarthyism. In 1950, the department became the School of Journalism and expanded to include mass communication in 1990.