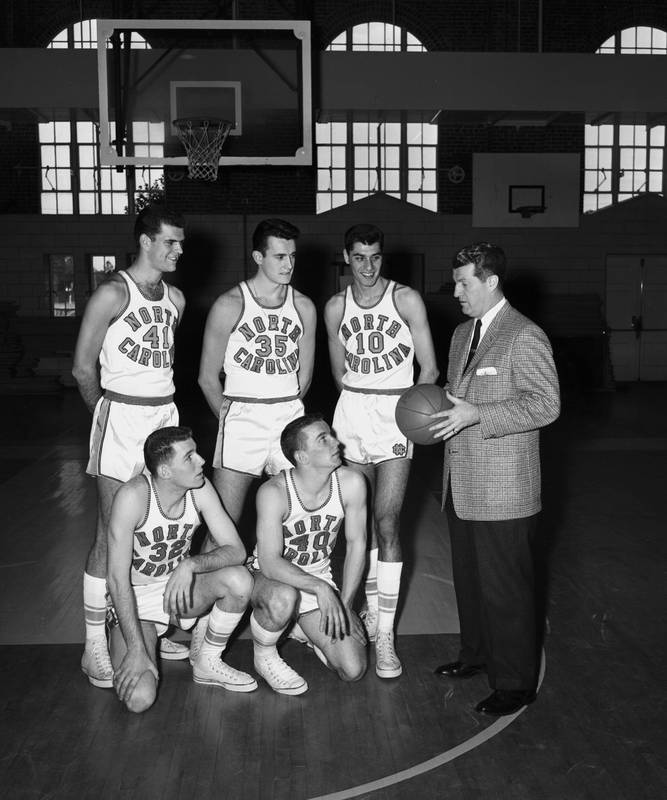 Basketball emerged as an intercollegiate sport with its own coach in 1911. When Carolina won its first national championship in 1924, a crowd gathered on Franklin Street in front of the telegraph office waiting for the score. When the news came, the campus resounded with choruses of yells, snake dances, and a bonfire. The bell in South Building rang for more than an hour. Using the nickname “White Phantoms,” the team played in the poorly-heated Tin Can gymnasium from 1926 until 1938, when Woolen Gymnasium opened. During the late 1930s, basketball became faster paced and grew in popularity when the jump ball was eliminated after each goal. During the 1950s, it became a much more important sport on campus with the hiring of Coach Frank McGuire and the formation of the Atlantic Coast Conference. Under McGuire, Carolina won the national championship again in 1957 in a game that was the first televised basketball contest in North Carolina. The next day, more than ten thousand fans greeted the team at the airport.